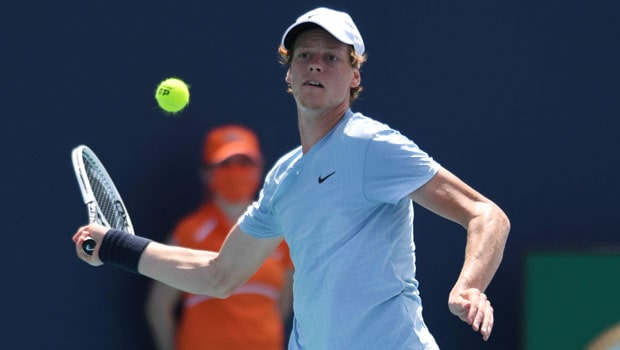 Italy’s young Tennis sensation Jannik Sinner is taking the right steps in his young career and he is hogging the limelight with his impressive play. Sinner has reached the final of the Miami Open after he defeated Spain’s Roberto Bautista Agut in the semi-final of the ongoing tournament.

In fact, the 21-seed of the tourney was down one set but made a roaring comeback into the competition to win by 5-7, 6-4, 6-4. Thus, Sinner has become the fourth teenager to qualify for the final of the Miami Open after legendary players like Rafael Nadal, Novak Djokovic, and Andre Agassi.

However, Sinner feels matching these greats is good but it doesn’t mean anything if he doesn’t go on to win the tournament. Sinner has made it to the final of the first ATP 1000 masters of the year and he wants to go all the way in the tournament.

The prodigy youngster added that it has been a long road for him and it is not an overnight success for him as he has worked hard to get here. Sinner has shown the skills to go a long way and he knows that a lot of work is to be done in the future.

Jannik stated, “Joining is feels great… I’m 19 and the road to have these big names is long. It’s not done in one week of the tournament. It is a long process to come there. It’s nice to play finals in Miami, but you know it doesn’t mean anything that you’re going to win the tournament.”

Sinner will face Poland’s Hubert Hurkacz in the final of the Miami Open on Sunday and he will aim to come up with his best.