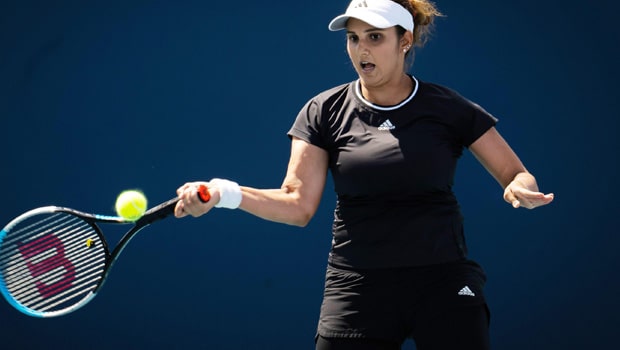 The French Open is currently underway and Rohan Bopanna, Sania Mirza and Ramkumar Ramnathan are the only three Indian tennis players who are participating in the Grand Slam. All three have had good starts winning the first round clashes. Sania has started off with a good win in the Mixed Doubles with her partner Ivan Dodig and will be in action today in the Women’s Doubles with Lucie Hradecka.

Therefore to give more insights on their chances of doing well on red dirt and discuss more on the French Open as a whole, veteran tennis star Jeevan Nedunchezhiyan had an interaction where he highlighted how Sania Mirza has the opportunity to finish her career on a high.

Speaking about the former World No.1 in Doubles, Nedunchezhiyan shared how Sania has been one of the best in the doubles category in both Mixed and Women’s and have brought several accolades back home. He is hoping that Sania finishes with a bang.

”Sania is one of the best doubles player to ever step on the court. She has got every chance to win regardless of who her opponents are. Sania is starting this tournament with good form”.

“She has been having a lot of wins in the WTA tour.So I would definitely say she is on the right track. Also, she is playing with little bit less pressure and it is apparent on how she is playing in court and enjoying her game. I think it also has to do with the fact that she is planning to wrap up her career.It would be great if she would finish her run on a high. Hopefully she can bring home some nice laurels to our country” added Jeevan Nedunchezhiyan.

Sania Mirza and her Mixed Doubles partner Ivan Dodig from Croatia had a nice start to their French Open campaign as they won the first round clash against Laura Siegemund and Santiago Gonzalez. The Indian-Croatian pair defeated their opponents 7-6(4), 6-2 to progress to the second round in Paris.

Sania will again be in action with her Women’s Doubles partner Lucie Hradecka. The Czech just like her has been a veteran and the duo have gelled really well this season. Therefore one can hope for big results. Sania Mirza and Lucie Hradecka are about to face Jasmine Paolini and Martina Trevisan.

Other Indians in Bopanna and Ramnathan have also had first round wins. Bopanna has paired up with Duthc tennis player Matwe Middlekoop and the duo have won their first match 6-4, 6-1 against a French duo. They will next face Andrey Golubev and Fabrice Martin in the second round of the competition. Bopanna will start his Mixed Doubles campaign with Slovenian Andreja Klepac today against Edouard Roger-Vasselin and Alize Cornet in the opening round.

Lastlyn Ramkumar Ramnathan and his Men’s doubles partner Hunter Reese have also won their first round clash against German pairing of Daniel Altmaier and Oscar Otte. They won 7-6(4), 6-3 to progress to the second round where they will face the tough challenge against Neal Skupski and Wesley Koolhof. Ramanathan is also yet to start his Mixed Doubles campaign as he has paired up with French player Elixane Lechemia.