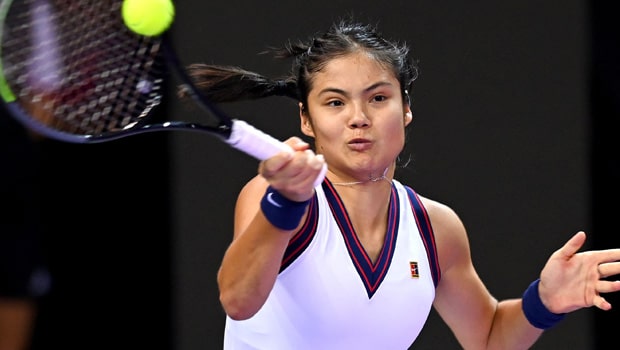 Emma Raducanu’s life changed completely after she created history by winning the US Open title. But life after winning a Grand Slam has changed completely for the British tennis star. Recently in Daily Mail, Jude Murray highlighted how Raducanu will have a steep learning curve in the upcoming months of her development as a player.

Raducanu was exceptional in her US Open triumph as she created history by being the first qualifier to win the Grand Slam. She did so without dropping a set and that catapulted her into the top 20 WTA rankings.

In her column, Jude highlighted how the coming year will be very challenging for the youngster. She emphasised on how Raducanu will go through a transition where she will have to adapt from being a talented youngster to a consistent performer. Someone who can put up great performances against top players all across the world.

“The next 10 months will be completely different to anything she has experienced in her fledging albeit incredibly exciting career. It will be a steep learning curve on the women’s circuit as she adjusts from the relative anonymity of an A-Level schoolgirl to the dog-eat-dog world of week in, week out tour tennis,” wrote Judy Murray in the Daily Telegraph.

Andy Murray’s mother and former tennis coach want the British media to not overhype the Brit sensation. She is happy how Raducanu is focused on improving his fitness ahead of the Australia Open next year.

“I was so pleased to hear her say she wants to prioritise the development of her game and work on her fitness in the build-up to the Australian Open,” added Judy.

“Her tennis is already in such a good place, but it’s important that we don’t heap expectation and pressure on her. Let’s give her time and space to grow her game and get to grips with what the pro tennis circuit will demand of her,” concluded Judy Murray.

Raducanu was recently honoured with the BBC Sports Personality of the Year. She became the first British female tennis player to receive the award since Virginia Wade in 1977.

Jude’s son Andy Murray was the last British player to receive the award back in 2016. The three-time Grand Slam winner has won the honour thrice till now.

Currently, the youngster is in quarantine after testing positive for COVID-19. Once she is back to full fitness, the youngster will resume her preparations for the Australian Open next year.