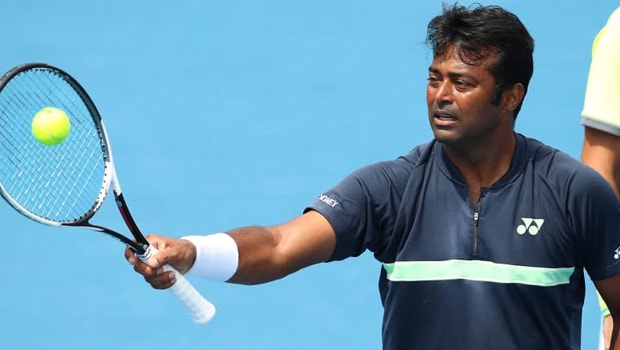 Indian Tennis star Leander Paes recently said that he is working hard on his fitness and game to make his eighth straight Olympics which is scheduled to be held in Tokyo next year.

This is almost a year after he came up with his ‘One Last Roar’ tagline mentioning 2020 to be the final year of his career, which was supposed to conclude with his appearance in the Tokyo Olympics once again.

“None of us then imagined we would get hit by such a big pandemic. It has made all of us introspect. But, after this long break I feel happy. I have no doubt in my mind that physically, emotionally and mentally I would be ready,” Paes said during a promotional event.

Paes is one of the greatest doubles players of all time. He will be 48 by the time the Tokyo Olympics starts in July 2021, but he is of the opinion that age is just a number and it’s the motivation of the player that matters.

“I already have the record at seven and I have the motivation that if I can push that up to eight Olympics, my belief is that India forever will stay in the history books as the most number of Olympics played in tennis. I am hoping Tokyo comes around, the event happens. Age is just a number. The tennis ball doesn’t know the age of the human being hitting the ball. It understands power, spin. It’s what we do matters.”

Paes is also India’s only Olympic winner in Tennis and he said that he is working very hard to retire with another medal.

“I am working very hard. It’s not about the participation. You guys have known me, if I am going to the Olympics, I am going for winning and not just for putting up numbers.”

The veteran tennis star also said that it doesn’t matter to him whom he pairs up with. All that matters to him is that he would be representing his country at the mega event once again.

“When it comes to Olympics, regardless of which partner I play with, as long as India represents itself to get the world record of eighth appearance, I am fine. Like I have done in the past, I have played with Mahesh, Rohan, Sania in the Olympics. Everything I have done is for the flag, our community.”