Leander Paes’ father believes he still has a year in him 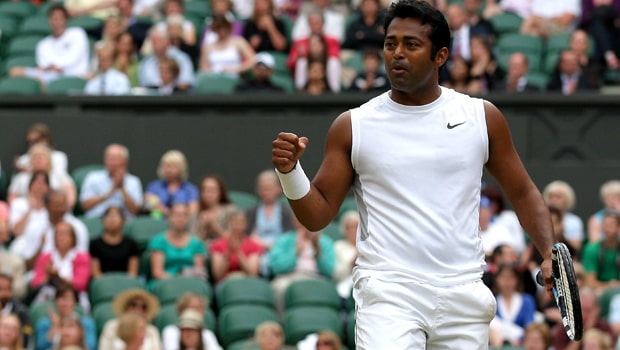 Vece Paes, the father of legendary Indian tennis player, Leander Paes usually expressed the belief that his son can still play the game for another year.

Speaking with IANS in Bogmalo, Goa, on Saturday, Vece had termed Leander last year in the game “The Last Roar,” said he always remind him that he can still go for another year.

The 46-year-old Olympics bronze medalist is in the final year of his professional tennis career, which he had announced recently. Before making the announcement, Leander won the doubles tie with his partner Rohan Bopanna in India’s Davis Cup Qualifiers against Croatia in Zagreb. Sumit Nagal was, however, trashed by Marin Cilic,  making India lose the tie 1-3.

The triumph over Croatia extended his Davis Cup record of most doubles victories to 45, which was likely to be his final appearance in the competition.

Speaking further, his father said he usually tells his son that he can continue for another year, and the 46-year-old always laughed whenever he hear that from him.

While noting that he still has the fine touch required in the game, Vece said he understand how badly his son wants to represent India in the Tokyo 2020 Olympics before hanging his bat.

It could be recalled that Leander could get a sweet finish he wanted after emerging the runner-up in his final ATP Tour match at the Bengaluru Open.

Also, lending his voice to Vece is Leander’s long time doubles partner, Mahesh Bhupathi, who backed him to continue as long as he can.

His fine tourch in Zagreb was noticeable. It is believed that it is on this premise that the duo still believed that he still has more to contribute to the game.

Leander was the only Indian that won an Olympic medal for his country in Atalanta 1996. His career spans over 18 Grand Slam doubles titles, with eight coming from men’s doubles and 10 in mixed doubles. He also has seven Olympic appearances, which is the highest ever by a tennis player.

He is also the second man to win a Grand Slam in three different decades after Rod Laver when he won the Wimbledon mixed doubles trophy in 2010.