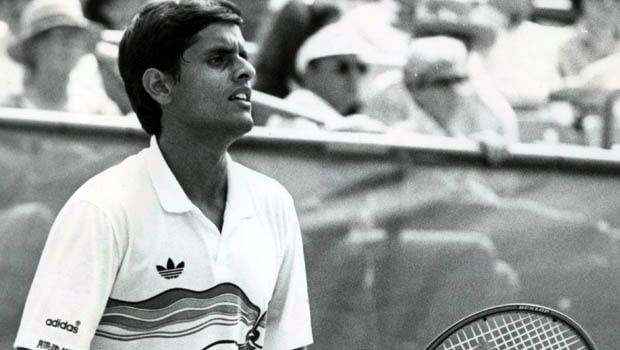 India is all set to host Denmark in a Davis Cup tie on the grass court in Delhi. Ahead of the clash, legendary Indian tennis star Ramesh Krishnan feels that the Indian team will have an upper hand over the Danish players especially with weather and conditions playing a big role.

During the grand conclave organized by the ITV network, Ramesh Krishnan maintained that even though Denmark is ranked higher than India. He feels that ranking does not make the Danish players invincibles. He also feels that the Indian players are in favourable conditions as they are facing Denmark in the home venue.

Krishan highlighted how India won against Denmark in the Davis Cup back in the 80s after the US Open. He shared how the Indian players in cold winter and still were able to beat Denmark. So he feels that if India can win in those conditions then they can surely win in favourable conditions against Denmark.

Ramesh Krishnan reminisced that the Delhi Gymkhana Club was where he played his last ever Davis Cup match. “The 1978 Davis Cup match against New Zealand was played at this venue. The National Championship was also organized here in the same year but since then, a lot has changed. Even in the best of three sets, the competition is over in two days. I am glad the Davis Cup tradition has not changed, as it generates a lot of interest. It is a privilege to be chosen for the Davis Cup team. I want to wish the Indian team the best of luck for this important tournament,” said Ramesh Krishnan.

On the occasion of the conclave, another former Davis Cup player Jasjit Singh highlighted the importance of the home crowd as the match will be played in Delhi. He feels that the crowd adds to the overall excitement of the game.  He added, “if you have the support of the crowd and fans, it will help you perform well in the competition. We will never forget the moment when we defeated Australia in the Davis Cup match at Kolkata in 1974, for the rest of our lives. Thousands of people were present and the atmosphere was unbelievable.”