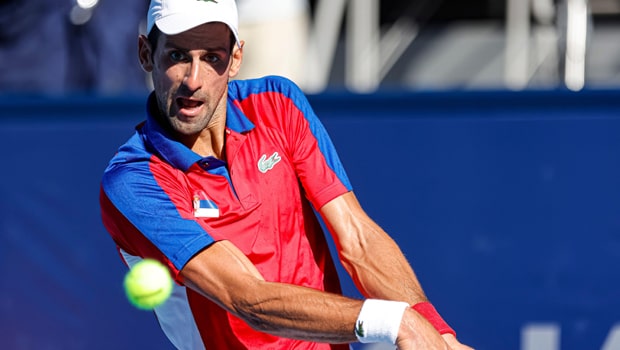 18-time Grand slam winner Chris Evert feels it is time that Novak Djokovic gets the respect he deserves. Djokovic has once again come under scrutiny for his on-court antics when he lost the Bronze Medal match against Spain’s Pablo Carreno Busta in three sets in the ongoing Tokyo Olympics 2020.

Djokovic was not able to control his emotions and his anger and frustration were palpable. In fact, Djokovic’s greatest rival Rafael Nadal also criticised the Serbian’s actions.

In fact, Djokovic has always been involved in some controversies or the other and thus he doesn’t get the respect he deserves for his Tennis accolades. Furthermore, it has been noticed that the crowd is mostly against Djokovic for his on-court antics.

However, there is no doubt that Djokovic is one of the biggest Tennis players and his achievements speak for himself. The Serbian has achieved everything in the books and he is going strong.

Djokovic has already won the Australian Open, French Open and Wimbledon in the ongoing season. The World No.1 will not be able to achieve the Golden slam as he lost in the semifinal of Tokyo Olympics against Alexander Zverev but he still can win the Calendar slam if he goes on to win the US Open. Djokovic will become the first Tennis player to win Calendar slam after Rod Laver achieved the illustrious landmark back in 1969.

“I like Novak. He’s human. He’s smart. He’s evolved and thoughtful about improving the sport for players,” Chris Evert wrote in a Twitter post. “He gives back to his country. He admits his shortcomings. He has passion. He’s not afraid to get into the trenches. Let’s start to celebrate his greatness.”

Meanwhile, Novak Djokovic is not sure about US Open fitness after losing the Bronze medal match at the Tokyo Olympics. The US Open will begin from 30 August.