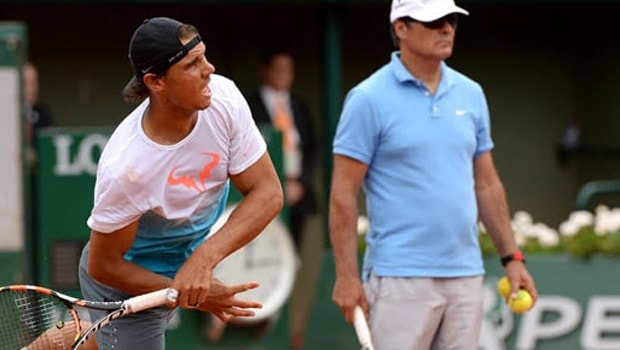 The World No. 2 Rafael Nadal is one of the best players in the world. Nadal has achieved all the records in the book and he is still going pretty strong at the age of 34 years. The Spaniard has 20 Grand slam titles and recently won his 13th French Open title to make history.

Meanwhile, it is well known that a lot of effort is spent behind the scenes by players and their coaches to achieve such greatness in a career. Those extra yards have been made possible as Nadal has had some great coaches in his career, who have helped him achieve the massive heights in his career.

It was Toni Nadal, Rafael Nadal’s uncle who taught the southpaw about the nitty gritties of Tennis. Toni taught his nephew all the basics about the game and also took his game to another level. The 59-year old believes his services were no longer needed when he handed over the coaching reins to Nadal’s current coach Carlos Moya.

“I had come to believe that my contribution was no longer necessary,” Toni Nadal told Süddeutsche Zeitung.

“I’ve been a very demanding coach all my life. But it was always my goal to educate him to demand everything from himself. The job of a trainer is to make yourself dispensable. I think I did it.”

On the other hand, Toni revealed that he doesn’t miss training Rafael Nadal. Toni added that he is happy that he played a key role in the development of his nephew. Nadal’s former coach currently provides insights to children at the Rafael Nadal Academy at Manacor.

“No [I don’t miss it],” he said. “I was very lucky to train a great player who is also my nephew. “I enjoyed that and I feel grateful for it too. But I like to train children, like now at the academy in Manacor, because I have the feeling that I can give them more than my nephew.”

Toni Nadal did a fine job as a coach for Rafael and helped him make a player he is today. In fact, the 34-year is always grateful for the contribution of his uncle in his glorious career.