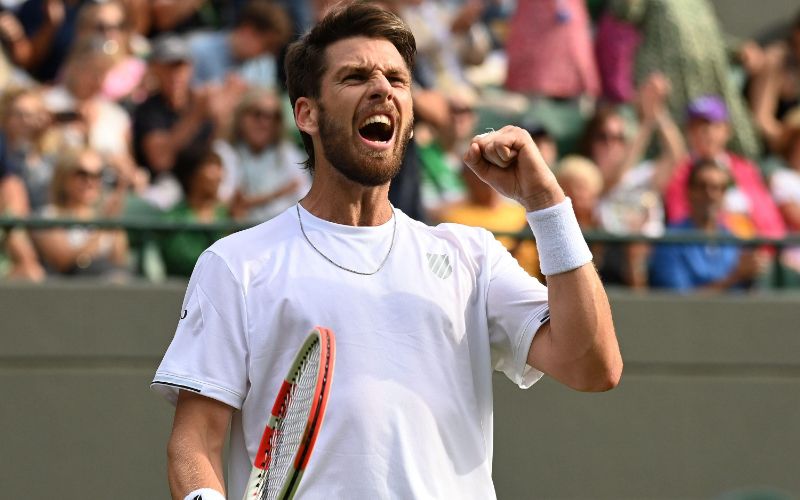 Former British number one, Cameron Norrie, has expressed a positive and hopeful outlook towards his future Grand Slam endeavours, saying he is ready to put in the work to become world number one.

Norrie crashed out of the Wimbledon Championship at the semifinals, where he was defeated by seven-time winner Novak Djokovic. That was the farthest he has ever gone in a Grand Slam, and it has filled him with so much enthusiasm about what he can achieve in the future.

Currently ranked number 11 in the world, Norrie, in an interview, said he was willing to make sacrifices to reach where he wanted to be: “I’m going to make as many sacrifices as I can to give myself the best chance to become world number one, and that’s the goal for me.

“Obviously, a long way to go. I believe I have the level and commitment to give myself the best chance.”

He also described his experience after Wimbledon, as he narrated the fame that came with finishing as a semi-finalist.

Norrie explained that he was now more recognisable on the streets and even received some favours: “It was a very cool experience, making Wimbledon for the second week for the first time, and making it to the semis and having a tight match with Djokovic,” he said.

“I went to get my dry cleaning, and they were like, ‘ah, a great Wimbledon, you know what this time, don’t worry about it.’ I am like, ‘man, it’s fine. I can pay for it.’
“A couple of times I went for breakfast, and people asked for photos and congratulated me in a very nice way. It is cool that people were watching and following and supporting me as well.

“It’s cool that I was getting some recognition. With this Wimbledon, a lot more people know who I am now. It’s great for me. But it doesn’t change too much. I want to keep pushing, keep improving, keep trying to get towards the top of the game.”