Not many predicted Djokovic will win 20 slam titles: Andy Murray 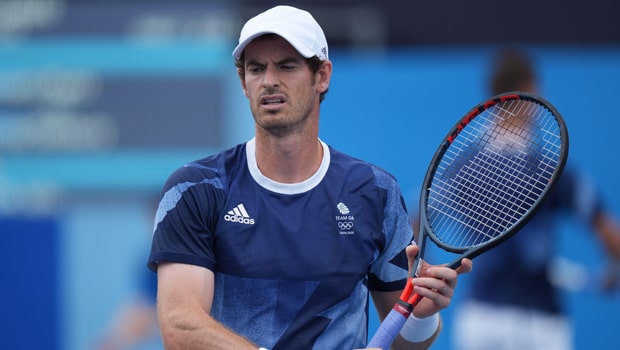 Former World no.1 Andy Murray has stated that not many people had put their money on Novak Djokovic to win 20 slam titles when the Serbian first burst onto the scene. Djokovic has shown that fitness, skills and stamina can help anyone achieve his dreams in the sporting world and he has proved his critics wrong.

Djokovic has always grown in confidence and has lifted his game according to the match situation. Players like Roger Federer, Rafael Nadal and Andy Murray have pushed Djokovic to give his best and he gives a lot of credit for his success at the top level to his rivals.

Djokovic has won 20 slam titles and has levelled with Roger Federer and Rafael Nadal in the race of most majors in Men’s Tennis. The Serbian has had a spectacular 2021 season thus far as he has won all the three majors and will be chasing history at the US Open. Djokovic could become the first player to win the Calendar slam after Rod Laver (1969) if he goes all the way in the US Open.

Meanwhile, Andy Murray has been training with Djokovic before the US Open.

“With Novak, I mean, he always had lots of qualities on the court, had a very solid all-around game,” Murray said. “But I don’t think many people would have predicted that he would go on to win 20 Grand Slams, trying to do what he’s going to do here.” “Yeah, like if you look at his game over the years, the things he’s improved, he’s turned himself into a complete player,” Murray said. “He plays great on all surfaces. He has an underrated serve. He’s the best returner of all time.”

The Briton compared Novak Djokovic’s flexibility with Rafael Nadal and Roger Federer and added the Serbian’s ability to slide on the hard court is second to none.

“He had, like, unbelievable flexibility and stuff, was able to defend the corners extremely well,” Murray said. “Not that Roger and Rafa don’t defend very well, but it’s more the way that Novak moves, it’s quite different. The way he can slide into his backhand like even on hard courts and stuff, he shrinks the court that way.”