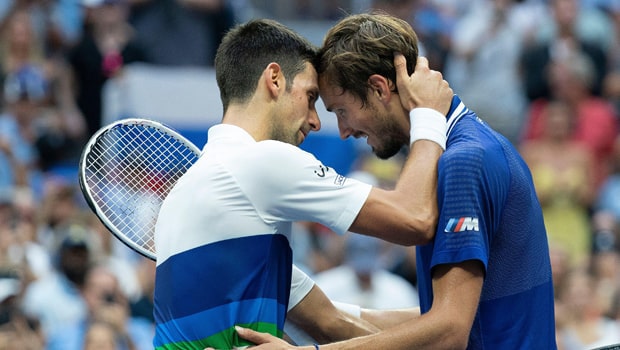 Italian Tennis sensation Matteo Berrettini has rated the World no.1 Novak Djokovic and World no.2 Daniil Medvedev as currently the two best players currently in the sport. Djokovic had a stellar run in 2021 as he won three Grand slams but he could not win the US Open final against Daniil Medvedev.

Djokovic had however beaten Medvedev in the Australian Open 2021 final. Both Medvedev and Djokovic have been consistent in the recent past and they have played at the top of their game. Thus, there is no doubt that the Serbian and the Russian are the creme de la creme of Men’s Tennis. Furthermore, Medvedev and Djokovic are currently the best hard-court players in the game.

In fact, Berrettini himself faced Novak Djokovic in the final of Wimbledon but he was beaten in four sets as World no.1 clinched his 20 slam title to equal the tally of Roger Federer and Rafael Nadal.

The Italian feels he will have his work cut out when he will face this potent duo in the upcoming ATP Cup.

Berrettini told Eurosport, “He (Medvedev) is really solid. He is moving really well, playing deep, serving well, returning. I mean, he is not missing at all. He is playing good, especially on hard court.

“He is probably, I mean, together with Novak [Djokovic], the best player that we have now. And yeah, he is really tricky to play [against]. “Personally, last year, I struggled to play against him, but I work hard to be ready for this match, so we will see.

“We have to think about our first match first, and then about the others. But yeah, obviously, Russia with Daniil and what they have done in the last year (2021), is going to be one of the toughest matches we have to play,” the Italian claimed.

“I think, if it is possible, the [Italy] team is even stronger this year. So, for sure, our aim is to get [win] the title (the ATP Cup). “We know it is going to be a tough job. Every match is going to be difficult, but we believe that we can do it.”

Meanwhile, Djokovic is yet to clarify whether he will take part in the upcoming Australian Open due to his vaccination status. The Australian Open will begin on January 17. 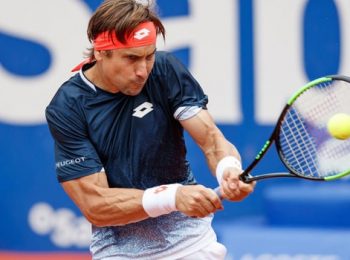