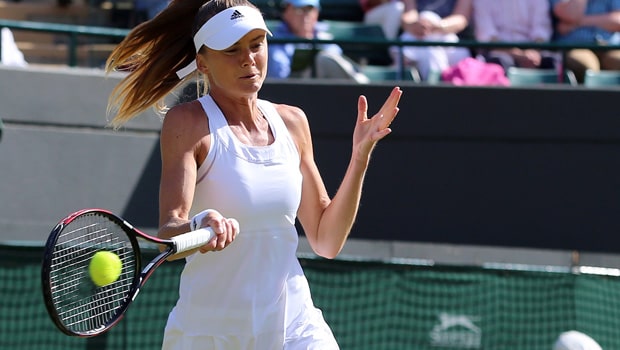 Novak Djokovic and Rafael Nadal will go down as two of the best Tennis players to have embraced the game. Nadal recently won his 13th French Open title and equalled Roger Federer’s tally of 20 Grand slam titles. Nadal defeated Novak Djokovic in straight sets but the Serbian is hot on the heels of the other two greats as he has also won 17 Grand slam titles.

Former World No. 5 Daniela Hantuchova was all praise for the duo of Rafael Nadal and Novak Djokovic for their successful career. The former Slovak tennis player feels both of these legendary players have got a great balance in their life and that’s what makes them so successful in Tennis as they are able to switch off from the game, when they are not playing.

Hantuchova was questioned by Toni Nadal and both of them heaped praise on Djokovic and Nadal. In fact, Hantuchova asked Toni what makes his nephew a champion on the court, to which Uncle Toni said that Nadal’s work-ethic and passion helps him reap rewards.

“They’ve got a great balance in life and they know how to take their focus off tennis,” she says while speaking to Daily Mail. “That’s what makes them so good. But when they come to the court it is all about tennis. And when you win so often, it’s a feeling that you just want to keep repeating.”

On the other hand, Nadal feels leading a simple life has helped him keep his feets on the ground and he has always looked to improve his game. Nadal revealed how he has been able to have a long career.

The Spaniard stated, “The fact of not having separated me from my usual environment, since I was a child, has helped me to have a longer career. That emotional stability, that normal, simple daily life, has also helped me keep my feet on the ground and not go crazy when I won or see everything negative after a defeat.”

Djokovic was knocked out the ATP Vienna Open after his quarterfinals defeat whereas Nadal will face Feliciano López in the round of 32 in the Paris Masters.