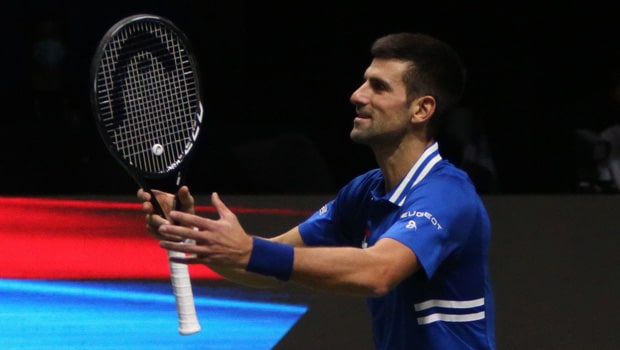 Former Wimbledon champion Mario Bartoli has opined that the World no.1 Novak Djokovic is selfless and generous. Djokovic is well known to be highly competitive when he is on the court but Bartoli revealed that Djokovic looks after the means of other players when he is off the court.

In fact, it is well known that Djokovic doesn’t get respect from a lot of fans and experts because of his on-court antics. Djokovic mostly fails to keep his emotions in check and he has been involved in a lot of controversies during his Tennis career.

On the other hand, Djokovic’s character is mostly compared with the likes of Rafael Nadal and Roger Federer, who receive a lot of backing from their fans, media, and experts.

However, Djokovic has proved his mettle on the court on numerous occasions and he is one of the best players to have played the game. The Serbian has won 20 slam titles and looks all set to finish as the leading major winner of all time.

“Novak’s approach [with the PTPA] is not to create a counter-power or to exert pressure,” Bartoli explains. “He simply wants to defend the interests of lower-ranked players, allow them to earn more money, to have more means.

“Djokovic is a person who is viscerally oriented towards others. On the court, he reflects the image of a killer, but in life, this is not the case and he often sees beyond his own interests.”