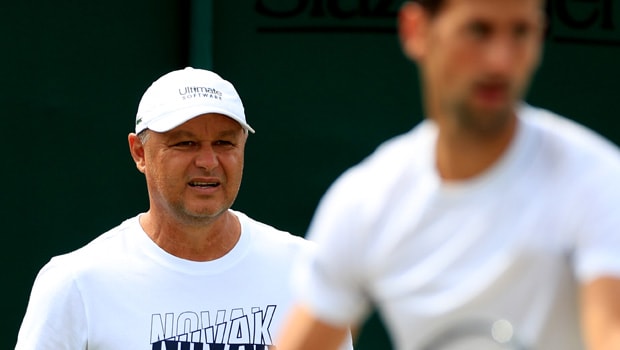 Novak Djokovic couldn’t go all the way in the recently concluded ATP World Tour Finals. Djokovic’s journey in the last tournament of the season came to a halt when he was defeated by Dominic Thiem in the semifinals. In fact, Djokovic had a 4-0 lead over the Austrian in the deciding tie-breaker but gave away the advantage.

Thiem made a roaring comeback and took the deciding set to make his way into the finals. Thus, Djokovic hasn’t been able to go all the way in the ATP World Tour finals in the last five years.

Meanwhile, Djokovic had already secured the numero uno year-end ATP ranking at the Erste Bank Open in Vienna. Thus, he finished as the number one player in a year for the sixth time in his career to level with former World No. 1 Pete Sampas.

However, Novak’s coach Marian Vajda feels his ward had lacked the spark in the semifinals of the ATP World Tour Finals against Dominic Thiem and he was a bit complacent after securing the number one ranking.

Speaking to sport.sk, Vajda said, “Novak may not have had such motivation, as he practically secured the post of the end-of-year world unit at the tournament (Erste Bank Open) in Vienna.”

“He led 4-0 over Dominic in the deciding set, but lacked (the) spark.”

Novak Djokovic had a perfect start to the 2020 season as he clinched the Australian Open to win his 17th Grand Slam title. However, he was disqualified from the US Open and then couldn’t cross the last hurdle against arch-rival Rafael Nadal in the final of the French Open.

Djokovic will look to continue his good show in the next season. Furthermore, if Djokovic stays at the top of the ATP rankings till the first week of March 2021, then he will leapfrog Roger Federer’s record of spending most weeks at the number one position.