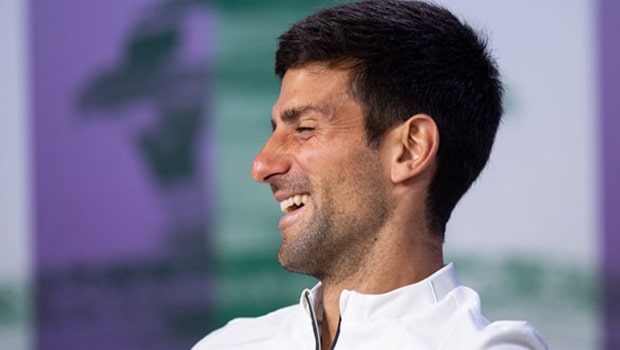 The World No. 1 Novak Djokovic has won a total of four titles in 2020. The Serbian had a perfect start to the year when he went on to win his 17th Grand Slam after clinching the Australian Open. However, he was disqualified from the US Open. But Djokovic made a strong comeback as he went on to win the Italian Open.

Nole then made his way into the finals of the French Open but he could not get past Rafael Nadal, who was too good for him in the finals as the Spaniard won in straight sets. As Djokovic has been consistent throughout the year, he has been able to maintain his number one position in the ATP rankings.

The Serb has 11740 points under his bag and he is miles ahead of Rafael Nadal, who is at the second position with 9850 points. Thus, Djokovic is currently 1890 points ahead of Nadal. Djokovic is eyeing to break Roger Federer’s record of spending 310 weeks at the numero uno spot.

Djokovic has spent a total of 291 weeks at the top position and he is 20 weeks away from leapfrogging Federer’s elite record. If things go as planned according to Djokovic, he could break the Swiss record on 8th March, 2021 if he continues to maintain his lead.

Consequently, Djokovic has decided to pull out of the upcoming Rolex Paris Masters 2020, as he wouldn’t be getting any new points from the tournament. Nole will play in Vienna and London, where he will have a chance to extend his lead over Rafael Nadal.

“I will not play masters in Paris, because I cannot win new points there. That’s why I’m going to Vienna and London. I didn’t play in Vienna last year and I can win up to 500 points, and there are a lot of points in the game in London as well,” said Djokovic.

8th March is widely celebrated as International Women’s day and Djokovic added that he would dedicate the record to his mother and wife if he is able to break it on the same day.

“That’s right, I can break the record for March 8. If that happens, I will dedicate it to my mother and wife,” added the 33-year-old.