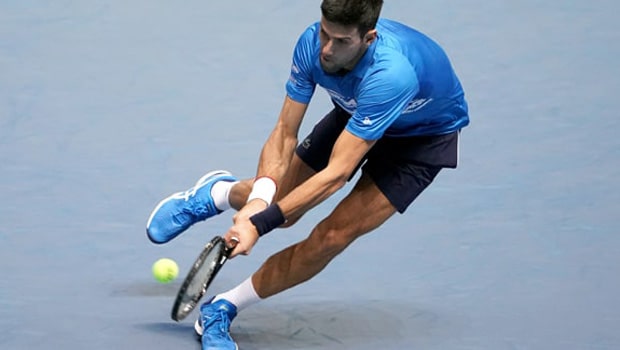 The World No. 1 Novak Djokovic has had a successful 2020 thus far. Djokovic has won one Grand Slam title and he has also bagged two ATP 1000 Master titles in the ongoing year. This has helped him strengthen his position at the top of the latest ATP rankings.

The Serbian will most likely level with Pete Sampras record of finishing the season at the number one ranking on six occasions. The big three, Novak Djokovic, Rafael Nadal and Roger Federer have claimed the illustrious record on five occasions in their career. Thus, Djokovic is all set to surpass Nadal and Federer.

Djokovic was able to leapfrog Rafael Nadal in the ATP rankings earlier in the year. Nadal had come up with a poor performance in the Australian Open whereas Novak Djokovic went on to win the first Slam of the year. Ergo, the Serbian was able to consolidate his lead.

Subsequently, the 33-year old World No. 1 went on to savour success at the Cincinnati Open and also won the Italian Open after his disqualification from the US Open. Novak then made it to the final of the French Open but he was blown away by Rafael Nadal in the finals.

However, these great performances throughout the year has helped Novak Djokovic have 11740 points whereas Rafael Nadal, who is at the second place in the rankings, has 9850 points under his belt.