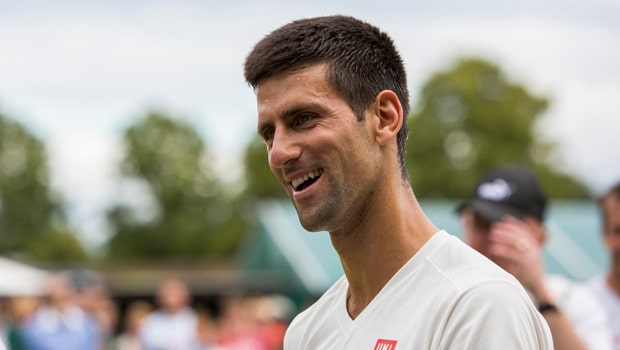 The World No. 1 Novak Djokovic has matched Roger Federer’s record of spending 310 weeks as the ATP rank no. 1 player. Djokovic recently won his 18th slam title after he defeated Daniil Medvedev in the final of the Australian Open in straight sets. The Serbian currently has 12030 points under his bag and well ahead of second-placed Rafael Nadal.

Djokovic won his ninth Australian Open title as he continued his domination at Melbourne Park. The talisman has a 100% record in the final of the Australian Open.

Djokovic had earlier revealed that breaking Federer’s elite record will be a big relief for him as he can focus his energy on the number of slams. The World No. 1 is two slams away from matching Rafael Nadal and Roger Federer’s tally of 20 majors.

“Getting to that milestone for No. 1 weeks is going to be a relief for me, because I’m going to focus all my attention on Slams, mostly,” Djokovic said after beating Daniil Medvedev in the final at Melbourne Park.

On the other hand, Daniil Medvedev had recently moved to the number three position as he replaced Dominic Thiem after making it to the final of the Australian Open. In fact, if the Russian reaches the final at the hard-court tournament in Rotterdam, Netherlands, that concludes Sunday, he would overtake Nadal and move up to a career-high No. 2.

Consequently, if Medvedev makes it to the final, then he will become the first player other than Federer, Nadal, Djokovic, or Andy Murray to be first or second since International Tennis Hall of Fame electee Lleyton Hewitt was No. 2 behind Federer in July 2005.