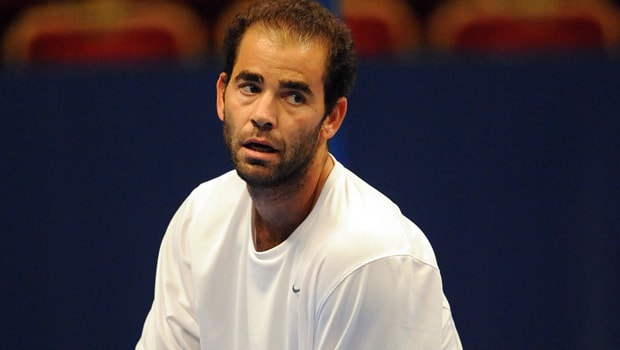 Former World No. 1 Pete Sampras feels Novak Djokovic would have given him a hard time on the court if he was playing in the current generation. Sampras, the 14-time Grand slam champion, reckons Djokovic would have been a force to reckon with as he has a long stretch and has a fine return of serve.

The World No. 1 Serbian is a livewire on the court and it is not easy for the opponents to get past him as he has complete game. There are hardly any chink in Djokovic’s armour and he has proved his mettle on multiple occasions.

Djokovic currently has 17 Grand slam titles under his bag and recently matched Sampras’ record of finishing the year as the World No. 1 for the sixth time in his glorious career. The talisman has 11830 points under his belt and enjoys a healthy lead over World No. 2 Rafael Nadal.

Meanwhile, the 2020 season marked the 50th anniversary of the Nitto ATP finals. To celebrate the occasion, ATP brought together some of the finest players to share the memories of their great career.

Sampras won the Nitto ATP finals on five occasions in his illustrious career whereas Novak Djokovic has also followed suit. Both the legends were hosted by former World No. 4 Tim Henman and when the host asked Sampras if there was one shot which he would borrow from Novak, the former American champion stated it would be the return of serve.

“Give me that return of serve. Everyone asks who would give a hard time if I was playing today, it would be Novak because of his return. With Andre, it always got by him if I was picking my spots, but with Novak, it would be tough to get by him because of his stretch… I wouldn’t mind some of his speed,” said Sampras.