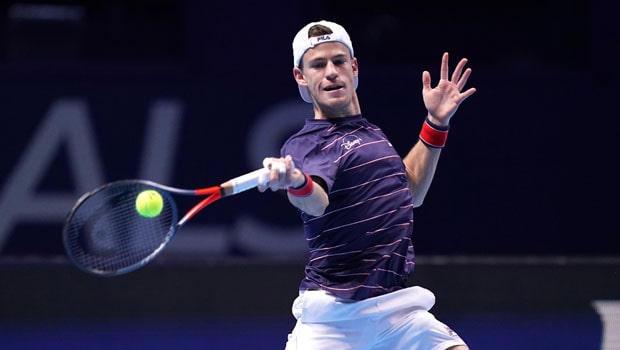 Argentine Tennis sensation Diego Schwartzman has impressed everyone with his skills. Schwartzman had a good 2020 as he qualified for the ATP 1000 Masters final. The 28-year-old had stunned everyone when he defeated the King of clay, Rafael Nadal in the Quarterfinal of the Italian Open in straight sets by 6-2. 7-5.

It is well known that it is almost an impossible task to get past Nadal on clay but Schwartzwman was able to do it. Nadal has won 445 matches on clay whereas he has lost only 40 games. Thus, he has an impressive winning percentage of 92%.

“I broke through a barrier [beating Nadal]. Now I can retire saying that I beat him. Now my outstanding goals are to beat Roger [Federer] once, ‘Nole’ once and then to win more titles.” Diego said while talking to the ATP Tour.

However, Schwartzman couldn’t go past Nadal when he locked horns against the champion in the semi-final of the French Open 2020. Nadal was too good for the Argentine as he defeated him in three straight sets.

Meanwhile, Schwartzman revealed that his next target to register wins against Roger Federer and Novak Djokovic and win more titles in 2021.

“I would take all of their shots. They make up the ideal player. I have had some very good years, 2020 was the best and you ask yourself, ‘How is it possible that these guys have been having seasons thousands of times better than mine since they were 18 and they repeat it every year?’”

It is every player’s dream to do well against the Big Three and Diego has similar ambitions in his Tennis career. Diego Schwarztman is currently placed at the ninth position in the ATP rankings and he will be seen in action in the upcoming Australian Open, which will begin from February 8.