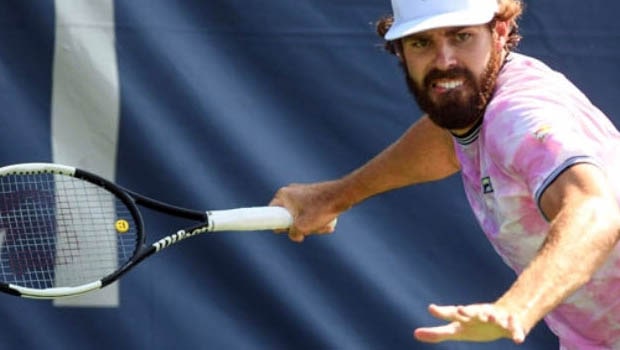 America’s Tennis star Reilly Opelka believes only Rafael Nadal can beat Daniil Medvedev. The Spaniard has a 4-1 ATP head-to-head advantage against the Russian. The veteran player defeated Medvedev in the final of the Australian Open at the iconic Rod Laver Arena to claim his 21st Grand slam title despite being two sets to love down.

Nadal was down and out after losing the opening two sets. Furthermore, he had to save two break points against the Russian but the experienced player kept on believing and didn’t give up to make a comeback for the ages.

Meanwhile, Medvedev had comprehensively beaten Novak Djokovic in the final of the 2021 US Open in straight sets.

On the other hand, Reilly Opelka lost to Canada’s Denis Shapavalov in the third round of the Australian Open. Opelka has a potent serve as he is 6’11’’ and he can get the ball to bounce higher because of his height.

“In the last Grand Slam tournaments, I lost against very strong players. Medvedev, Shapovalov, then Lloyd Harris were on fire against me. No one but Nadal can beat Medvedev, even Novak was beaten easily at the US Open. I always think I have to improve. I want to serve even better, I want to become physically stronger and faster. In two or three years, I hope to be able to say that I have progressed so much in what I was already doing well today,” Opelka told Ubitennis.

Meanwhile, the lanky American won the inaugural Dallas Open by beating Jenson Brooksby in the final 7-6 (5) 7-6 (3). Opelka admitted that he had to bring his A-game to the table to get the better of the opponent.

“I thought I played very well under pressure, especially against a great player like Jenson. He makes you very uncomfortable and he took me out of my comfort zone a lot of the match today,” Opelka said during the trophy ceremony. “I really had to play my best tennis to get by and I barely did.” Opelka is now playing at this week’s ATP event in Delray Beach.