Prajnesh start 2020 on winning note as Ramkumar loses in Bendigo 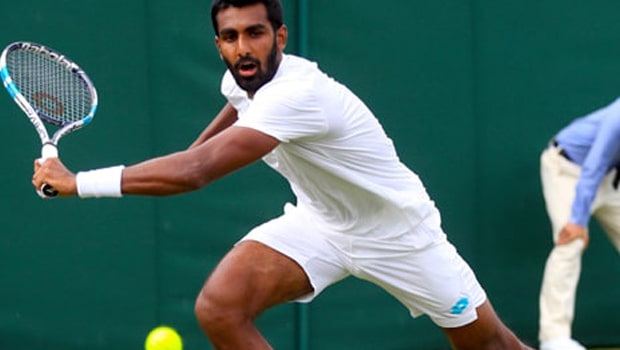 Indian top tennis player, Prajnesh Gunneswaran, has begun the year on a winning note in the Apis Canberra International.

Ranked 122 in the world, Prajnesh, defeated a local wild card, Jason Kubler, ranked 257 on the ATP singles chart 7-5, 6-3 in the first round of the ATP Challenger event inside one hour and 28 minutes.

The left-handed player broke Kubler four times but dropped his serve twice in the contest.

Speaking after his win, Prajnesh, who admitted being rusty at the beginning, said he served quite well. After getting his mojo, he got going and won to start the year on a high note.

While noting that It was a good day, the top India player said he created a lot of chances and took his opportunities by converting them with enough breakpoints to finish comfortably.

Prajnesh, who regretted not finishing the second on time when he was leading set 4-1, said, all in all, he did well but also dropped intensity a bit.

Speaking on his injuries, he said he still has some wrist issues, but he managed to play with it. He has not fully recovered from the tendonitis that he suffered in China towards the end of last year.

Prajnesh will square up against face 13th seed Japanese Taro Daniel, who is ranked 106.

Meanwhile, Ramkumar Ramanathan was ousted in a 6-3, 2-6, 3-6 first-round defeat by Finland’s Emil Ruusuvuori in a contest that lasted one hour and 27 minutes.

Ramkumar failed to convert his break chances except one out of four breaks earned.
Canberra Challenger is a tennis championship that started in 2016. It usually held in Canberra but was moved to Bendigo for the 2020 edition due to the ongoing bushfire tragedy in the capital region.

Prajnesh had bowed out of his last tournament, the KPIT-MSLTA Challenger, in the last 16.

His ouster was down to him not taking his opportunity when he had it in the decisive set losing 6-4, 5-7, 6-3 to Dutch 14th seed Tim Van Rijthoven at the Balewadi Sports Complex.

This time around, it is expected that he had learned from his mistake by taking chances when he had one.

Barring any injury setback face, Prajnesh is expected to Daniel a run for his money when they meet.