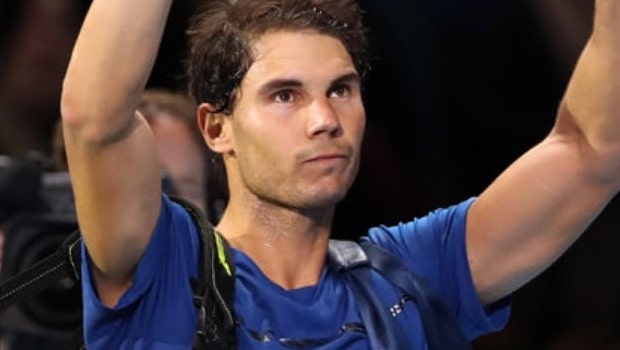 The World No. 2 Rafael Nadal has added another feather in his illustrious cap. Nadal has become the fourth player to win 1000 matches after he defeated his fellow countryman by Feliciano Lopez 4-6, 7-6(5), 6-4 in the first round of the Rolex Paris Masters.

The Spaniard joined the elite list of players like Jimmy Connors (1,274), Roger Federer (1,242) and Ivan Lendl (1,068) in the 1,000 wins club. Nadal has been a consistent performer over the years and joked that one has to be very old to win so many games.

Meanwhile, Nadal’s maiden win had come against Ramon Dalgado in Mallorca in 2002 at home and since then he has come a long way in his career. Nadal recently won his 13th French Open title, which was his 20th Grand slam title. Thus, Nadal had also equalled Roger Federer’s tally of major titles.

Nadal gave his gratitude to all the people who have supported him throughout his career.

Speaking after the 1,000th win in a post-match conversation, Nadal said, “One very negative thing about getting to 1,000 is that you know you are very old. To win 1,000 matches you need to have a very long career. [But] that means that I played well for such a very long time, because to achieve that number is because I have been playing well for a lot of years and [that] is something that makes me feel happy.

Meanwhile, Lopez had won the previous two matches against Nadal and hence the Spaniard was able to turn the tables. The southpaw has been in sublime form and he would aim to continue the good show going. Nadal will face Australia’s Jordan Thompson in the second round.