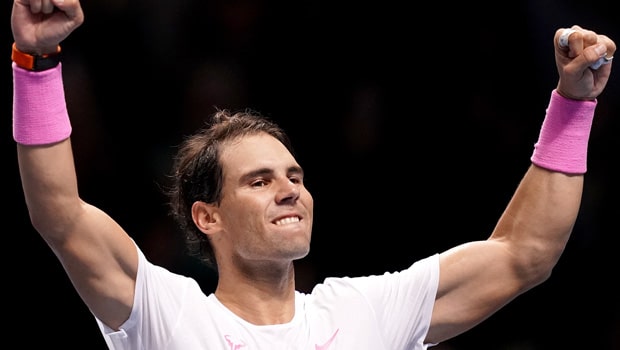 The World number one Novak Djokovic was no match for Rafael Nadal in the final of the French Open 2020 at Philippe Chartrier court on Sunday. Nadal was too good for Djokovic as he won his 13th title at the French Open. The Spainard dominated the whole match as he won 6-0, 6-2, 7-5 and thrashed Novak in straight sets.

Nadal didn’t even drop a game in the first set. The southpaw was able to break Novak in the first game of the match and he didn’t look back after that. But Novak was not at his best as he kept making a lot of unforced errors.

In fact, the Serb made four double faults and he could win only 77 points as compared to 106 points won by Nadal. The Spainard was also unstoppable in the second set as he won it comprehensively by 6-4 after breaking Djokovic’s serve in the third game.

Nadal once again broke Novak’s serve in the final set when the Serb made a double fault. Finally, Nadal smashed an ace to register his name in the history books.

This is Nadal’s 20th Grand slam title, which helps him equal Roger Federer’s tally. Roger also took to his social media platform to congratulate his good friend on his 13th French Open title.

Nadal won his 100th match at the Roland Garros. The Spainard has an impeccable win loss of 100-2 as he is well known for domination on clay. No doubt he is known as the undisputed king of clay.

Furthermore, Nadal didn’t drop a single set throughout French Open 2020. This is the fourth time in Nadal’s glorious career when he has won a Grand slam title without dropping a single set in the entire tourney.

Nadal was in serious form and in the end, Novak could not put up any fight against the master.