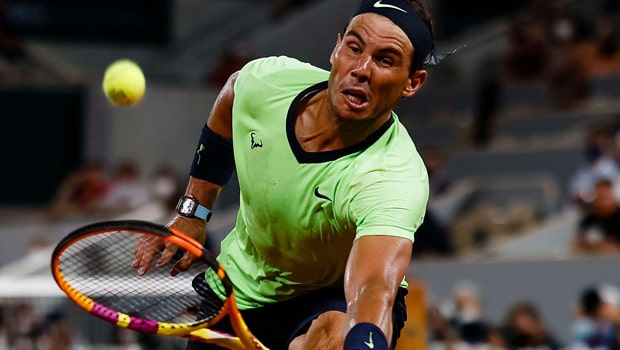 Rafael Nadal 2021 was unfortunately cut short due to a foot injury in August and since then his recovery has been very gradual. He recently featured in the Mubadala World Tennis Championships where he lost out in the semifinals to Andy Murray. However, the biggest setback was when he tested positive for COVID-19.

The Spaniard shared that he had mild symptoms and wanted to get to full health as quickly as possible. However, in over a week, Nadal has resumed his full training sessions.

He even posted a story on his Instagram suggesting how he is working on his fitness. Nadal also pointed out how it is a long process and he is cautiously taking one step at a time.

“Back to fitness work step by step,” Nadal wrote on Instagram.

He is currently at his home in Mallorca, where he was staying following his stint in Abu Dhabi. Nadal is yet to depart for the Australian Open as the Covid-19 infection has surely made him re-evaluate his calendar for the upcoming season.

In the buildup to the Grand Slam Down Under, the former World No. 1 is scheduled to play at the ATP 250 in Melbourne. There the Spaniard will take on the likes of Grigor Dimitrov and Reilly Opelka. The tournament is set to begin from 4th January.

But the COVID-19 infection changed everything as he is analysing the situation. He has announced that he will confirm his participation only after speaking to his team.

“As a consequence of the situation, I have to have total flexibility with my calendar and I will analyze my options depending on my evolution,” Nadal said. “I need to talk to my team and make a decision.”

Nadal only has a week left for the ATP event in Melbourne so he may very well withdraw from that. But the Spaniard will surely feature in the Australian Open 2022.

While there are some chances that may see him withdraw from the Australian Open then he will surely focus on the clay court events including the Roland Garros. It is his best shot at winning another Grand Slam and he will hope that he can play in Paris with all his conviction.