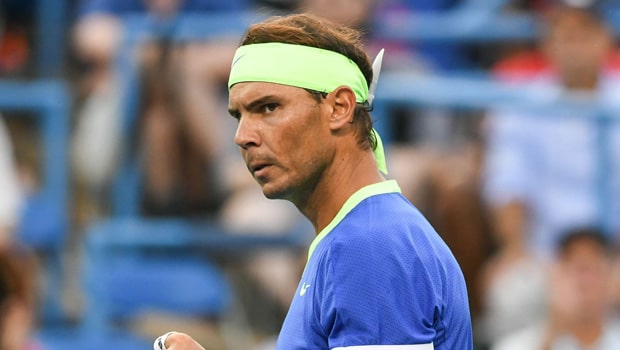 One month ago, not many people might have put their money on Rafael Nadal to reach the final of the Australian Open. However, here he is into his sixth Australian Open final and his 29th major final after he bested Italy’s Matteo Berrettini by 6-3, 6-2, 3-6, 6-3 in the semifinal at the Rod Laver Arena on Friday.

Nadal started the first two sets with a bang as he got an early break in the opening two sets and converted them. The Spaniard didn’t give any chance to the Italian on his own serve as he was able to get going off the blocks and played some ferocious shots.

Berrettini had to take his chances in the third set and the 25-year old was able to bounce back after breaking Nadal’s serve. However, Nadal had the match in control as he took the final set by 6-3 to inch one step closer to history.

“A month and a half ago I didn’t know if I would be able to play tennis,” the Spaniard said in his post-match on-court interview. “So it doesn’t matter, I just wanted to enjoy it and try my best.”

“I started the match playing great,” said Nadal. “The first two sets were two of the best for a long time. I know how good Matteo is, he’s a very solid player, very dangerous. In the third I knew at some point he was going to go for his shots. We needed to suffer, we needed to fight, we fought again and that’s the only way to be where I am today. It means a lot to me to be in the final again here.”

Meanwhile, if Nadal goes on to win the Australian Open, he will become the first Men’s Singles Tennis player to win 21 major titles. Furthermore, he will become only the second player in the Open Era after Novak Djokovic to win every Grand slam twice in his career. However, Nadal is focused on getting the job done on Sunday.

“For me, it’s all about the Australian Open, more than anything else,” said Nadal. “It’s just an amazing event. I feel very lucky that I won once [here] in my career, 2009, but I never thought about another chance in 2022, so I’ll just try to enjoy the victory today and then after tomorrow I’ll prepare my best.”

Nadal will either face either Stefanos Tsitsipas or Daniil Medvedev in the final of the Australian Open.