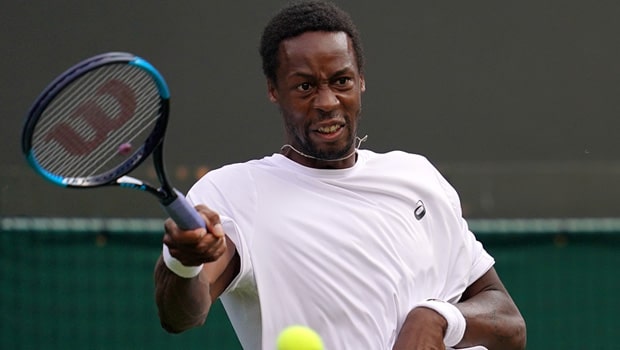 Rafael Nadal is one of the best Tennis players to have embraced the game. Nadal is always seen giving his best even when he is on the backfoot. The Spaniard recently won his 13th French Open title and he also equalled Roger Federer’s tally of 20 Grand slam titles.

Nadal has a great fighting spirit in him and he never stops chasing the ball on the court till it is dead. The 34-year old legend is known to give his 120% on every point and it makes him one of the most successful players in the history of the sport.

Meanwhile, former Wimbledon champion Andy Murray and Gael Monfils recently got together for a discussion on later’s newly launched Twitch Channel. Both the players tried to build a perfect player by taking the strong qualities of the different players.

They picked different players on the basis of parameters like service, backhand, forehand, return, volley, drop shot, lob, and speed. However, when it came to mental toughness, both Murray and Monfils picked Rafael Nadal.

“I follow you on this one because I think mentally what’s Rafa is capable or so, to actually accept the determination that he has on every single point. To hold his negativity because of course Rafa is super angry sometimes but he never really shows it, you know, you never hear Rafa saying one really bad word,” said Monfils.

In fact, Monfils knows what it is like to face Rafael Nadal as he has won only two matches out of the 16 he has played against the Spaniard. Nadal has a never say die attitude and it helps him savour success in most of the tournaments.

“His body language is always like 99.9%, almost hundred percent like every day you know, every day. This for me is amazing and yeah, I think he’s the Ultimate Fighter to be honest. Yeah. Big time. Big time Rafa,” remarked Monfils.

Nadal had another great season and he will look to continue the same form in 2021.