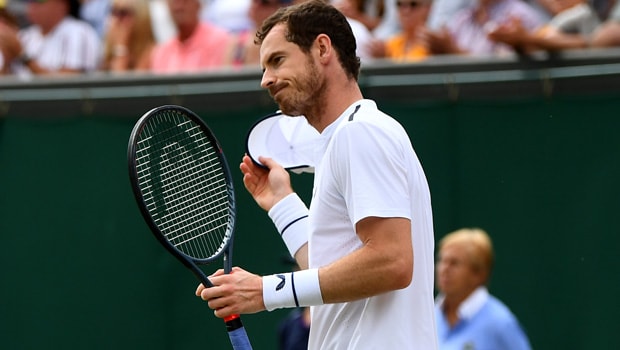 Injuries’ setbacks are part and parcel of a Tennis player’s career. We have seen that many players have suffered career-ending injuries but they have been able to make a solid comeback. Rafael Nadal and Andy Murray have had their share of tough times. Nadal had missed most parts of the 2012 and 2014 season due to chronic knee pain.

However, Nadal is known to never throw in the towel and he has made a roaring comeback in his career. Nadal has now won 20 Grand slam titles and he has also equalled Roger Federer’s record. The Spaniard is still hungry for more and has played at the top of his game.

On the other hand, former Wimbledon champion Andy Murray suffered a serious hip injury back in 2017, which even forced him to contemplate his retirement. It has been tough going for Murray as he hasn’t been able to play at his best in the last three years. In fact, Murray had announced in 2019 that he would retire from the game but later made a U-turn on his decision.

Murray recently won his first European title in 2020 after a long gap when he defeated Stan Wawrinka in the final of the tournament. The Briton is still fighting hard to find his top form but he is far away from his best.

Meanwhile, Rafael Nadal lauded Murray’s fighting spirit and added that the latter has worked hard as he has great passion and love for the game.

“I haven’t spoken much to him lately, and I know he is fighting hard to come back to the top of his level It is never easy after such serious surgery. But the fact that he is fighting and coming back shows his love for the game and his passion for our sport,” said Nadal.

Murray has made it to the Australian Open finals on five occasions but he hasn’t been able to go all the way. Murray will like to bring his best to the table in the upcoming Australian Open 2021.