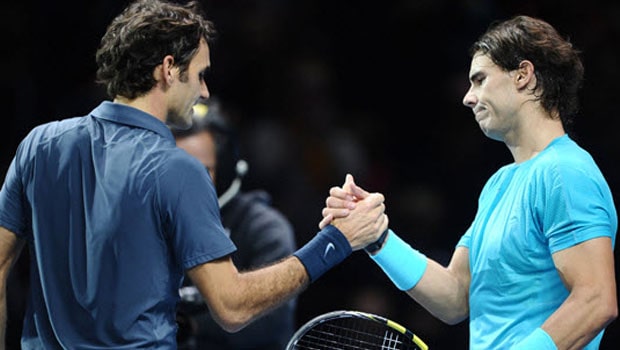 The Tennis World has seen some epic rivalries since the inception of the game. In the current era, the rivalry between the Big Three – Roger Federer, Rafael Nadal, and Novak Djokovic is the most discussed one. Tennis legend Rafael Nadal picked Roger Federer as his biggest rival on the tour.

Nadal and Federer also share a great bonhomie with each other off the court but they are tough competitors on the court. Both the legends have faced off each other 40 times in which Nadal has had his wood on Federer as he has won 24 matches.

Nadal and Federer have played some great matches in the past and they have always kept the Tennis fans on the edge of their seats.

“I probably have to say, Roger Federer,” Nadal said on ATP Tennis TV. “When I started on the tour he was the best player in the world and since the beginning of my career we have been going together in the same direction.”

The Wimbledon Final of 2008 between Nadal and Federer is considered to be one of the best matches of the sport.

On the other hand, Novak Djokovic and Rafael Nadal also share a competitive rivalry between each other. Both the players have locked horns with each other on 56 occasions, in which the Serbian just edges past the Spaniard with 29 wins whereas Nadal has 27 victories.

Nadal and Djokovic had played an epic 2012 Australian Open final, which is the longest Grand slam final.

Meanwhile, Dominic Thiem, the US Open 2020 champion also picked Nadal as his biggest rival. Thiem faced Nadal in the 2018 and 2019 Roland Garros final but lost both times.

Thiem said, “I (have to) pick Rafa (Nadal),” Thiem said. “Because against Rafa and Sascha (Zverev), I have played so many important matches, late matches at the Slams, at the ATP Finals, or at the Masters 1000s.”