Rafael Nadal reveals the importance of mental toughness in his life 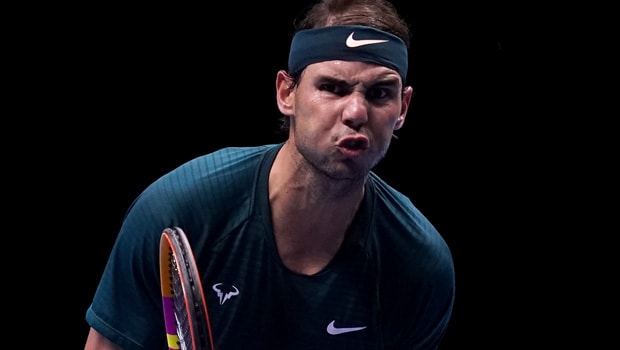 Rafael Nadal has achieved almost everything in his glorious career. Nadal is known to give his best and he is always seen giving his 120% on the court. The World No. 2 recently won his 13th French Open title and took his Grand Slam tally to 20, to level with Roger Federer.

Meanwhile, Nadal is always known to maintain the right balance in his life when he wins and loses. Nadal feels it is important for a player to not get disheartened when he loses and similarly he shouldn’t be on cloud nine when he achieves success. It is important to have the right balance and Nadal understands the same as he has been through both the phases in his career.

Nadal has won some big matches but he has also lost some of them, which has pushed him to come back harder.

It is imperative to be positive in one’s approach and Nadal has done so in his illustrious career. The Spaniard is known to work hard on his game and he is mentally strong.

Rafa said, “There’s a lot of talk about the mentality. But usually, if you win, it’s because of the racket and you have to deal with a little yellow ball before any mental aspect comes up. “After that, it is true that when the situation is complicated, success will come to those who are ready to fight, to overcome the pressure and not to lose their ability under such circumstances.”

Rafa added that both wins and losses are part of one’s life and we should deal with them according to the situation. The crucial thing is to keep improving and keep a positive attitude towards life.

“Everyone is nervous or lying. Victory or defeat is a part of our daily life and should be accepted as such. I am not too excited when I am doing well nor am I destroyed when it is not going well. I am always in the middle. I am sure that emotional stability is very important in our sport. When I lose, of course, I am negative and sad. But to be honest, I live every day with the feeling that I may lose. I have self-confidence, but defeat is always an option.”

Rafael Nadal has been a champion over the years and he has been able to achieve success as he has kept himself mentally tough. Nadal has a never give-up attitude and that is why he has savoured all the success in his career.

Nadal will be seen in action in the Australian Open, which is expected to begin from February 8.