Rafael Nadal reveals the loss which was important one for him 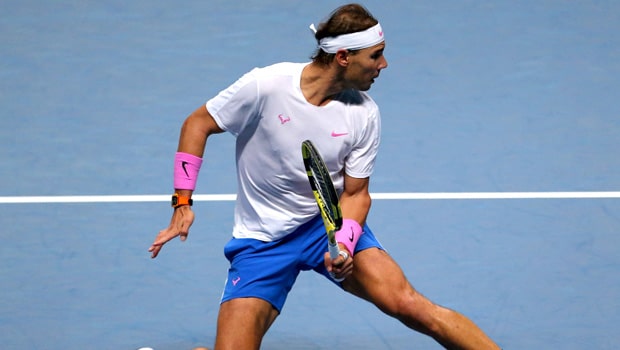 It is a famous adage that the losses help you learn more than the victories. Tennis legend Rafael Nadal has had a glorious career and he recently became the fourth player to win 1000 matches. Nadal has 1002 wins under his belt, which has made him a champion player.

However, Nadal has suffered some crushing defeats in his long career which has helped him learn and improve. Nadal is known for his fighting spirit and he never gives up on a point and the same is palpable with the way he chases the ball on the court.

The Spaniard has worked hard on his game to be a better player and he has spent a lot of hours in the practice sessions. Consequently, Nadal has reaped rewards for the hard yards he has put into his practice.

Meanwhile, one of Nadal’s fans asked which loss taught him the most in his illustrious career. Nadal revealed that the final loss of 2007 Wimbledon against Roger Federer was the important one for him.

Nadal answered, “Maybe the final of Wimbledon in 2007 have been an important one for me.”

Meanwhile, the rivalry between Roger Federer and Rafael Nadal was on the peak during that time. Nadal had won three consecutive French Open titles whereas Fed was the king of grass. The 34-year old Spaniard was able to take Federer to five sets, which not many expected. However, he lost by 7–6, 4–6, 7–6, 2–6, 6–2.

On the other hand, Nadal was able to turn the tables in the 2008 Wimbledon final against Roger Federer. The match is considered to be one of the best Tennis matches of all time as Nadal finally defeated Federer by 6-4, 6-4, 6-7, 6-7, 9-7.

Nadal recently equalled Federer’s tally of Grand slam as he won his 20th title by winning his 13th French Open.