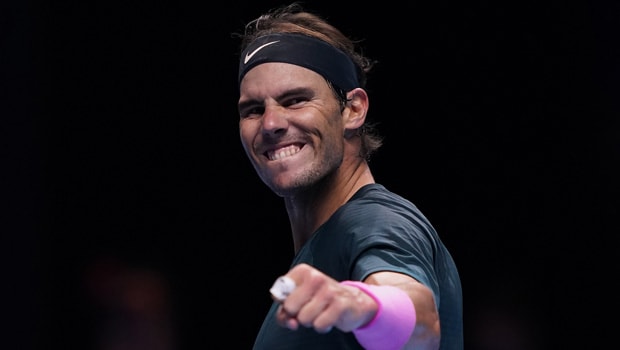 Tennis legend Rafael Nadal is known to give his best on the court even if he is training. Nadal takes his training schedules very seriously and he is always competitive on the court. Meanwhile, Canadian young player Leylah Fernandez recalled the instance when she saw Nadal train during a practice session in Melbourne earlier this year.

The 18-year old revealed that Nadal was training as if he was playing in a match. Nadal is known for giving his best and his intensity is always up when he has a racquet in his hand.

Nadal is known to never give up on the point and he keeps chasing the ball till he has completely lost that particular point.

The youngster added Nadal’s intensity inspired her to always give her 120% on the court and it was a surreal moment for the Canadian to watch the legend in action.

“Rafael Nadal was training as if he was playing a match,” Fernandez recalled while speaking to ESPN in an interview. “He was so intense out there. There was a crowd watching so I wanted to impress them, too, and it put so much pressure on me.”

“There were so many unknowns for me at that point and I didn’t know how I was going to play [throughout the season], but seeing him out there inspired me to play like that in my trainings, too, and step it up. It was definitely one of those surreal moments,” she added.

It is well known that the big players of a generation inspire the next lot of young players to take up the sport. Similarly the Big Three – Rafael Nadal, Roger Federer and Novak Djokovic have motivated the young boys and girls to play Tennis.

Meanwhile, Nadal is currently training at his own academy ahead of the 2021 season. Nadal will be seen in action in the upcoming Australian Open 2021, which will begin from February 8. Nadal has won 20 slam titles in his glorious career and he would aim to continue his good form in the next season.