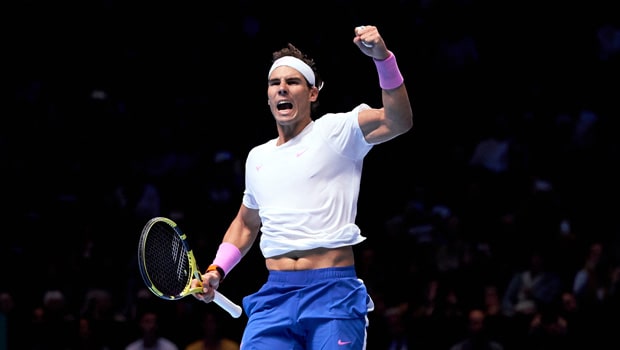 The World No. 2 Tennis player Rafael Nadal is getting better with age. Nadal, 34, clinched his 13th French Open title recently after he annihilated the World No. 1 Novak Djokovic in straight sets. This was the 20th Grand Slam title for Nadal whereas he also sealed his 100th win at the Roland Garros.

Furthermore, the Spaniard didn’t even drop a single set in the whole tournament. In fact, there were doubts raised before the tournament whether Nadal would be able to defend his title. However, Nadal was able to quash them as he came up with another complete performance at the Roland Garros.

The new Wilson balls, the different weather in Paris were all deemed to be against Nadal. Moreover, he had lost in the quarterfinal against Diego Schwartzman in the Italian Open, just before the French Open. However, Nadal was in beast mode at his favourite Grand slam tournament.

One of Nadal’s coaches Francis Roig revealed that the champion kept working hard on his game and he was able to reap the rewards for the same.

“Mentally, Rafael Nadal of the last Roland Garros remained the same. A determined tennis player, aware of his needs and the weaknesses of the rival,” said the coach in the interview with Lavanguardia.

Furthermore, the coach also revealed that Nadal didn’t try to change anything and he followed the process, which he has followed throughout his glorious career. Nadal once again did the basics right and thus everything falled in the right place for him.

“He continued with his rituals, his schedules. Her character kept changing. He tensed, in tournament mode. He started to play the games an hour before the start. It connected, it focused. And all those hobbies: the two bottles diagonally, he doesn’t step on the lines, he stretches his pants,” revealed the coach.

Rafael Nadal will be next seen in the upcoming Rolex Paris Masters, which will begin from 31st October.