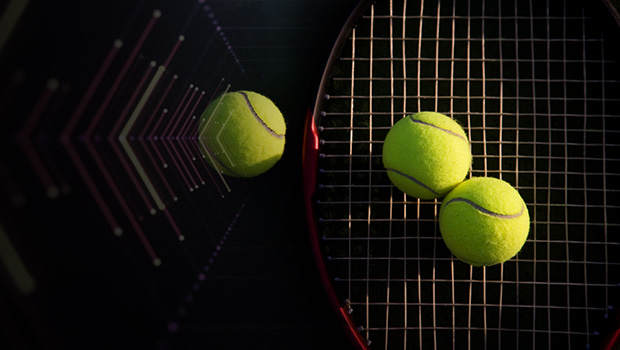 Once tagged as India’s next prodigy in tennis, it took Karman Kaur Thandi some time to get back to her best shape to resume tennis after two years of hardships where the COVID-19 pandemic and some injuries kept pushing her back. However now with a rejuvenated mindset and zeal, the Indian tennis star is gradually entering her peak as she won the best title of her career, ITF Saguenay last month and owing to which she has regained her India No.1 ranking.

Thandi had a good showing at the Chennai Open aswell and in an interview with The Bridge she shared how things are finally working for her as she is back to her best shape after two rough years. “It is all a part of the process of getting back to my best. The past couple of years have been tough. I had constant injuries and had to spend quite a lot of time out of the court. It was nice to get that win in Saguenay, shows that I am on the right track,”

The 24-year-old who is looking to improve everyday credits her comeback to her family, friends, coach and the people who have surrounded her with positive energy at a time of sheer negativity.

“It was a team effort. I can never say it was all me. I had lots of people who helped me push through during that injury phase. My coaches, family, and friends that I surrounded myself with. It was necessary to have that sounding board where I could express myself and vent out,” she shared her gratitude.

Her win at Saguenay means that Karman Kaur Thandi has entered the WTA top 220 ranking and has also emerged as India No.1 once again. However her hopes must be higher than ever as she will look to achieve more such feats and attain an even better ranking in coming years. However for this year to make a comeback and get back into the top 220 was a goal for the tennis star and she is very satisfied.

“Breaking into the top 220 was the goal for this year. Now that it is achieved, I just want to give one final push and end the season on a high,” she highlighted.

Her exploits at the Chennai Open gave the impression that the youngster is in for big things this season as she made it through to the second round before getting knocked out by Eugenie Bouchard.

Now her aim is to make the transition from ITF to WTA and eventually she wants to play Grand Slams regularly. She revealed how her rankings fell during the last couple of years. But she was still beating players ranging around 160-200 in WTA ranking. So she believes that it is possible with more hard work and consistent performance.

Transitioning from ITF to WTA is just about maintaining my ranking. In the last couple of years, my rankings fell quite a bit but I was still beating girls ranked in the WTA 160-200 range. When you play at this level, every match is tough be it ITF or WTA,” she said.

“Yes, I have made it to the top 220 but that is not enough. I needed to play more WTA tournaments and need to get into Grand Slams with some consistent performances,” she revealed.