Sania Mirza: Life on tour different with my baby 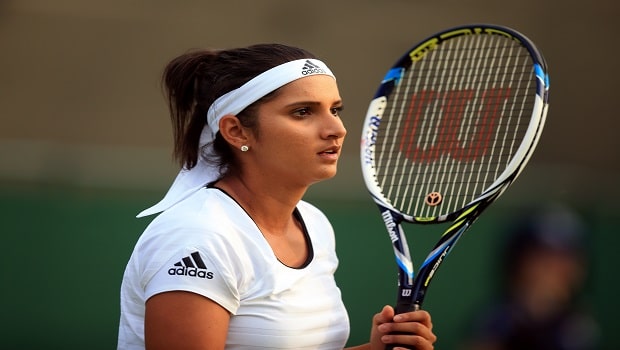 India’s top Sania Mirza is surely having a nice time on her return to the court.

But she had to deal with her baby his “entourage” who wake every night ahead of her first Grand Slam tournament, as the Australian Open kicks off today.
Sania, who will play on the back of winning Hobart title together with Ukraine’s Nadiia, the mother of one said life on tour was a little different with one-year-old Izhaan.

Speaking of Izhan’s entourage, she said it is bigger than hers now as that remains the only way she will be able to put 100 percent into training.
Speaking on Sunday, the veteran who described the situation as being a little complicated said the baby shares the same bed with her, and he wakes up a couple of times in the night.

While noting that these are the basic things like that that one might not think about without having a child, Sania, however, said she is a lucky mum who gets a lot of help from her mum and her parents as whole adding that they have been a great support.

Acknowledging that she wouldn’t have been able to give 100 percent in her games without them, Sania has now joined the likes of Martina Hingis, Serena Williams and Kim Clijsters in returning to the court after giving birth.

The 33-year-old who won the Australian Open in 2016 is hoping to show other South Asian mothers that having children doesn’t affect their dreams, adding that having kids is not the end of the world.

Expressing the feeling some had towards mothers who go out and chase their dreams, he said the insinuation that they are not the best mothers in the world should change.

Looking at the kind of background she came from, Samir has changed the narrative as she continues to add more to her laurels and still give her child the care he deserves.
Recall that after being out of action for 27 months, first with an injury and then pregnancy, Sania scooped up her 42nd doubles crown in her comeback tournament in the Hobart International on Saturday.

She combined with her Ukrainian partner beat Chinese duo of Shuai Zhang and Shuai Peng 6-4, 6-4 in the title clash in 1 hour and 21-minutes.