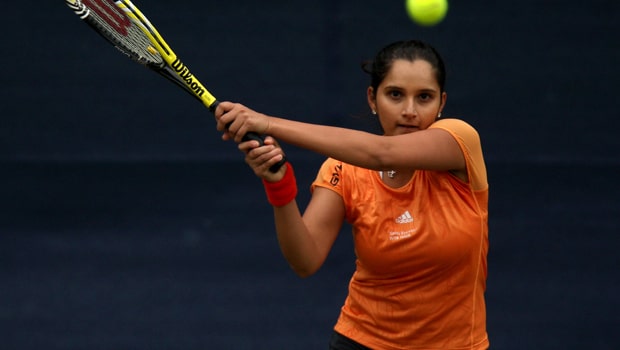 India double tennis player Sania Mirza has shown the determination to return to action in January by losing 26 kilos in 4 months and trained 5 hours a day.

Sania who admitted not watching a lot of tennis games over the years had been out of action due to injury and the delivery of his son, Izhaan.

According to her, watching the game invariably reminds her of how much she missed being on the court after being forced out on the court during the WTA China Open in October 2017 due to a knee injury.

While stating that it irritates her a little watching the game, she said she is ready for action at the WTA Hobart International which commences January 11. She will then process to the Australian Open, alongside her partner, Nadiia Kichenok in doubles and American Rajeev Ram in mixed doubles.

Having been out of the court for more than two years, the six-time Grand Slam champion and former world doubles No. 1 has hit the reset button.

Speaking with HT from Hyderabad, the 33-year-old player admitted missing the sport she loves dearly adding that she missed the feeling of winning, competing, and getting her adrenaline flowing again on the court.

While stating that she could have quit the sport a couple of years ago after achieving everything she aimed for, Sania who pointed out that she has had a great career said the fact remains that she feels there is tennis left in her.

She also said that such thought was the last thing on her mind as she was preparing to become a first-time mother.

Speaking on her decision to start a family, Sania revealed that she was mentally prepared that she might not return to play tennis again, not knowing how her body would react.

Not knowing how she would feel emotionally and physically, the tennis legend noted that one of such instances was gaining weight during her pregnancy.

She further revealed that her decision to lose 23kg on the day she gave birth to her son was more about healthy living.

She succeeded in losing 26 kg in four months, and she is ready to add to her laurels as she returns to the tours.