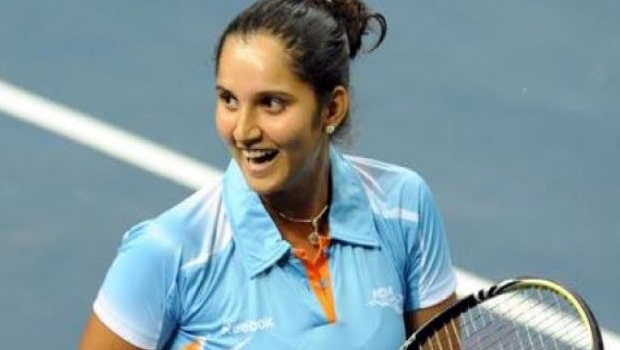 The most successful Indian female tennis player, Sania Mirza has shaken off her injury woes.

The mother of one will make a return to the court at the ongoing Dubai Open on Wednesday after recovering from a calf injury. The injury set back had cut short her campaign at the Australian Open in January after winning the Hobart Open.

Sania alongside her French partner Caroline Garcia will face Alla Kudryavtseva and Katarina Srebotnik in the opening round of the women’s doubles event.

Speaking ahead of the game, the 32-year-old India described quitting a grand slam tournament due to injury as a sad experience for a player who just returned after a long break.

Commending her physiotherapist, Dr. Faisal Hayat Khan of the Burjeel Hospital for Advanced Surgery for making her fit for the tournament, Sania revealed that she has been practicing and looking forward to a great tournament.

It could be recalled that Sania made her return to the circuit after a two-year break due to an injury and a maternity leave for the delivery of her son.

Although she and her Ukrainian partner Nadiia Kichenok won the Hobart International in preparation for the grand slam but made Sania make an early exit due to a right calf injury mid-way into her women’s doubles first-round match.

In another development, fans filled the stands in the Bengaluru Open in respect for the Indian tennis legend, Leander Paes.

The 2020 edition of the tournament wore a new look compared to the usual Challenger tournament which is usually deserted.

This is basically down to the fact that Paes who has been described as the greatest servant of Indian sports was saying goodbye to the game he loved most.

The attendance witnessed in the ATP event on home soil  is a testimony of the Indian tennis legend’s popularity with the crowd at the Bengaluru Open, lining up to bid the sport’s icon goodbye.

It was, however, an imperfect end for the legend as he and his Australian partner Mathew Ebden lost 6-0, 6-3 in the final against Indian pair of Purav Raja and Ramkumar Ramanathan. The duo had won three of the four tournaments they’ve played together

Despite the imperfect end, Paes is still referred to as the face of Indian tennis as witnessed at the KSLTA Stadium.