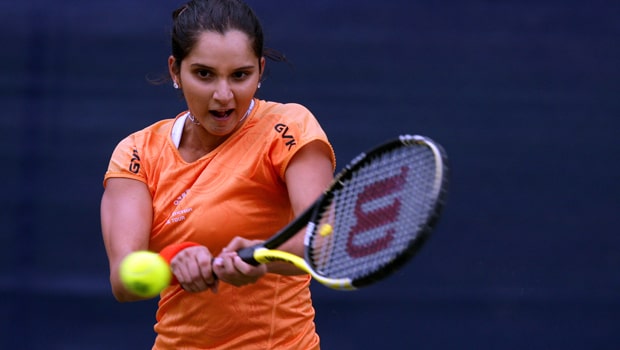 After a maternity break spanning two years, Indian tennis star Sania Mirza on Thursday confirmed that she will make a comeback to competitive Tennis at Hobart International in January next year.

Sania, who is married to Pakistani cricketer Shoaib Malik, became a mother to their first son, Izhaan, in October 2018.

“I am playing in Hobart, then I am playing the Australian Open. I am planning to play a tournament in Mumbai, which is a USD 25,000 (ITF women event) next month, but I am 50-50 about it, so let’s see how my wrist behaves. We will see, but Hobart and Australian Open (for sure),” she said at a press conference.

The 33-year-old last played at the China Open in October 2017 and will be seen teaming up with the current world number 38, Nadiia Kichenok of Ukraine.

Sania has six Grand Slam titles to her name already and is looking to add a few more titles as she makes a much awaited return to the Tennis court. She thinks that she is back to her best shape after a long break.

“There are a lot of changes when you have a baby. Your routine and sleep pattern changes. I (now) feel fit, my body is where it used to be before I had the baby. It was only six-seven months ago, where I thought about it as a realistic possibility,” she said.

Sania will also be seen teaming up with Rajeev Ram, who is an American, for the mixed doubles at the Australian Open.

She also went on to say how a bout with Chikungunya fever recently hindered her comeback process. But she feels good now and is raring to play to the best of her abilities once again.

“Three months ago I got this virus Chikungunya, that was a setback because for two weeks I was sick. I have left wrist pain out of the blue, because of this virus and it can last up to three months to one year. All and all, I feel good, today I can tell you that I am ready to compete again. Of course, it will take me time to get to the level that I was playing (before), but it is a good start for me to feel good physically,” she said.

Sania also said that she isn’t thinking too far ahead. She wants to see how things go week by week but also said that Tokyo 2020 Olympics was on her mind. However, that only comes into the picture if she does well in the three slams before the Olympics.

“I have been there (Olympics) three times and last time we were unlucky to not win a medal. If I am able to put myself in that position to be able to compete at the Olympics again for the fourth time in my life, I would be really honoured and privileged. I have got three slams before Olympics and for me it’s week to week and day to day.”