Home » Tennis » Sasikumar Mukund: Am getting better, but there is more to do

Sasikumar Mukund: Am getting better, but there is more to do 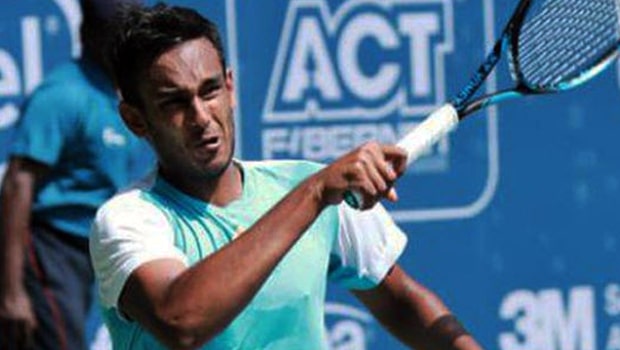 Indian tennis player, Sasikumar Mukund has said the 2019 season had been a steep learning curve for him.

The 22-year-old player who hailed from Chennai is becoming better from his experience.
Mukund, who reached the highest point of his career in August when he reached his maiden singles final on the ATP Challenger Tour, in August in an interview expressed delight over his performance in the year under review.

While noting that he is getting better, he admitted that much more work needed to be done. He added that he has to work on many things, especially to not play differently in match situations.

He further revealed that a few months ago, he didn’t know how to volley, and a lot of work has gone into that but can’t expect perfection in a matter of months.
Now that he has been working on variety in the past few months, Mukund said the more he does it, and he will get better.

The 22-year-old who was close to entering Grand Slam qualifying started the year 2019 with a Challenger semifinal appearance in India, and it was testing going through mental change, making him adjust his mindset to realize what he was about to achieve.

Despite losing many matches because of the Slam qualifiers this year, Mukund said he has learned his lesson having been quite average till a point before suddenly reaching number 260 on the ATP World rankings, moving him closer to Grand Slams.

Speaking further, he said it’s not easy for anybody to handle it having not played juniors at a very high level, adding that it’s like winning a lottery for him.

Before Wimbledon qualifiers, he was two points away from playing Wimbledon and US Open qualifying. Mukund was unlucky as he suffered many tough losses.

He said this has helped him learn the main lessons that would be needed for the next few years.

With two points needed to enter the qualifying stage for the slams qualifiers, Mukund became anxious, which reflected in his performance. On getting to the quarterfinals in Jerusalem, he failed to win a match on grass in three appearances. By August, he had a losing streak of a 1-6.

However, his fortunes changed in the first week of September, and he got to the final in Baotou, China.

The vital lesson he had learned reinforced when he squared up against former Australian top seed, James Duckworth, for a second time in the quarterfinals in Pune a week ago, having lost to him in straight sets in Baotou.

He almost defeated him in Pune but failed to convert three breakpoints in the deciding set, which was the difference in the end.

He added that he has learned to do his job better in tight moments and optimise his chances.

With his Austrian coach, Martin Spottel started working in February 2018, Mukund has been making steady progress.

Unfortunately, he won’t be able to play for India against Pakistan in the upcoming Davis Cup due to a foot injury. It is hoped that he would take his chances next time when such an opportunity presents itself.