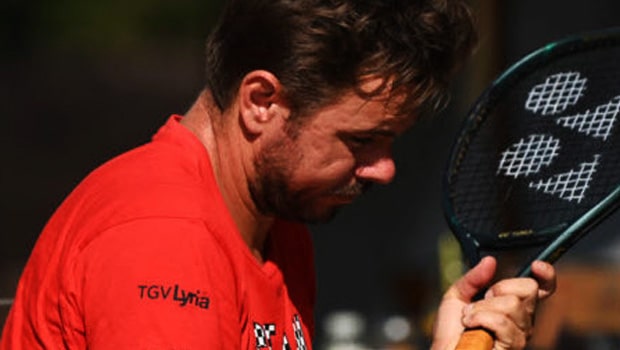 Swiss star Stan Wawrinka has had a glorious career. Wawrinka has won three Grand slam titles, 16 titles and he was also able to reach the career-high ranking of three in his illustrious career. However, at the age of 35 years, Wawrinka feels he wants to give a final push in his career.

Wawrinka reckons he still has some fuel left in his tank and he wants to give his best in the fag end of his career.

Wawrinka wrote on his social media handle, “I’m close to the end of my career…but I also believe I have one last push that I really want to, again, one more time push myself to the limit, make the sacrifice that you need to make to be at my top.”

Meanwhile, Wawrinka played at the top of his game from 2014-17. He was able to win consistently on tours and his ranking was mostly in the top 10. However, the Swiss suffered a bad injury in 2017, which hampered his career. Thus, there was a major drop in his ranking as a result of his injury.

Wawrinka is trying to make a roaring comeback since 2018 but he hasn’t been able to bring his best to the table. However, Wawrinka has shown better form in the recent past.

The 12-seed defeated Dan Evans by 6-3, 7-6 in the first round of the Paris Masters. Thus, he would look to continue the good show in the coming matches. Wawrinka will aim to go all the way in the ongoing tournament and it will be his last competition of the year as he cannot qualify for the ATP Finals.

Wawrinka will next face America’s Tommy Paul in the second round and he will aim to play his best Tennis.