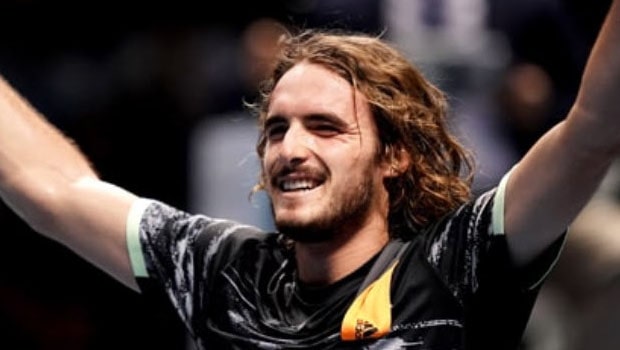 The World No. 2 Rafael Nadal has been dominating the Tennis World since 2005. Nadal is known for his competitive attitude and he never throws in the towel. The Spaniard chases every ball till it’s dead and has a never say never attitude on the court.

Meanwhile, the Big three – Rafael Nadal, Roger Federer, and Novak Djokovic are the toughest players to beat. All three of them have their respective strengths and they are known for their sublime game.

However, Nadal has an invincible record on clay and he is rightly known as the King of clay. Nadal had won his 13th French Open title in 2020 and he has a 100-2 record at the Roland Garros.

On the other hand, young players like Alexander Zverev, Daniil Medvedev, Dominic Thiem, and Stefanos Tsitsipas have shown the skills to challenge the Big Three. Tsitsipas had also qualified for the semi-final of the French Open 2020.

The Greek wants to defeat Rafael Nadal at the Roland Garros 2021 and also revealed what makes the Spaniard a tough opponent.

“A really good goal would be maybe to beat Rafa [Nadal] on clay, or at Roland-Garros, that would be a really nice goal,” says Tsitsipas while talking to rolandgarros.com

“I think everyone would love that, especially me. He’s such a difficult player to play against, very difficult, very consistent, incredible fighting spirit. I consider myself a fighter but he’s completely next level, incomparable. That would be realistic, I hope, goal, not too much to ask.”

“They don’t call Rafa the most difficult player to beat accidentally, there is something behind it,” Tsitsipas added. “For me personally, he has a very heavy ball and he is just anticipating very well, very good movement on the court as well. He spins, his agility on the court is very impressive and the way he fights, he’s just never going to give up, that makes him very very difficult.”

Nadal and Tsitsipas have faced each other on seven occasions out of which the Greek player has savored success in a solitary contest. Both the players will be seen in the upcoming Australian Open, which will begin from February 8.