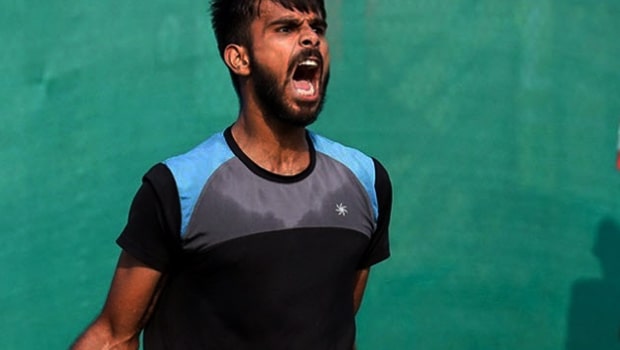 Going by his performances last year, one can understand why big things are expected of India’s 22-year-old tennis ace Sumit Nagal. The new face of the sport in the country after the eras of Leander Paes, Mahesh Bhupati and Sania Mirza, Nagal looks likely to be tennis’ poster in the country for the decade to come and one glance at his achievements last year demonstrates why.

Ranked 128 in the world in the men’s singles at the moment, Nagal has come a long way since last January. As he gears up for his Qualifiers clash against Mohamed Safwat to participate in this year’s Australian Open, it’s safe to say that Nagal will be more than just confident in his ability after his previous grand slam experience, which can be considered the biggest learning curve in his nascent career yet.

Nagal, in fact, is expected to beat Safwat on January 15 and qualify for the first grand slam of the year. Having become just the sixth Indian to win a junior Grand Slam title after winning the 2015 Wimbledon boys’ doubles trophy, the 22-year-old was tipped for a bright future in the sport within the tennis fraternity. The fact that Indian tennis great Bhupati chose to mentor him after discovering Nagal through a now-shelved programme of his, only added to the hype surrounding him.

His talent finally began to shine through and became evident for all to see last year. Even though he captured his first ATP Challenger title at Bangalore in 2017 when he pulled off a few upsets en-route to the trophy, 2019 will most probably go down in the history books as his breakthrough year. The year gone by saw him frequenting the final four of Challenger Tours having made eight appearances in semi-finals in 2019.

Not only did he go on to make a final appearance in two of these Challengers Tours, Nagal also became the first Indian to win an ATP Challenger in South America following a triumph at the Challenger de Buenos Aires.

That said, his biggest moment of the year would come in a loss in the first round of the US Open against a certain Roger Federer. As if making his grand slam bow in a jam-packed Arthur Ashe Stadium wasn’t enough, Nagal was to go up against arguably – the Greatest of All Time – Federer in what was going to be a baptism by fire, if there ever were one. Not overawed or fazed by the occasion at the slightest, Nagal rose to the challenge and matched the Swiss maestro stroke for stroke initially.

His fearless style of play won him the first set against Federer and even though he couldn’t sustain the same intensity for the rest of the game and eventually lost the match, Nagal had earned the respect of the Swiss great. “It’s never easy to come out and play your best. Even though it’s kind of what you live for and you dream about playing on the big stage. I think he did that very well,” Federer said while assessing Nagal in his post-match interview.

Let’s start the season on Wednesday. First slam of the year and very excited to be on the court at @AustralianOpen #SNstackingup pic.twitter.com/3gkMBT7CJp

His mission for the coming year will undoubtedly be to break into the top 100, which is very much on the cards if he can recapture his fine end of the season form from 2019. The Australian Open will thus be his first hurdle in a year that promises to be an exciting one for Nagal himself as well as lovers of the sport in the country.