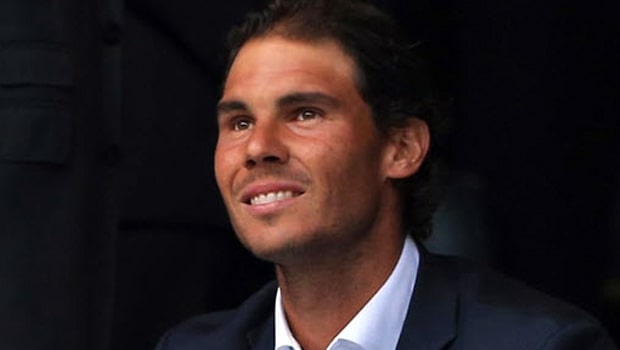 Former Indian legendary batsman Sunil Gavaskar has heaped praise on Rafael Nadal, calling him the Greatest of all time. Nadal is well known for his temperament and he recently won his 20th Grand slam title after winning the French Open for the 13th time. Thus, Nadal equalled Roger Federer’s tally.

Nadal was at his best in the French Open and he continued his domination on clay. On the other hand, Gavaskar feels Nadal hardly gets ruffled while playing unlike the World No. 1 Novak Djokovic. Thus, the former Indian opener feels Nadal has a better grip on the match as he keeps his emotions in check.

“He is level with Roger Federer with 20 majors under his belt and to many in the tennis world, he is already the greatest of them all. What shines through apart from his talent is his temperament. He hardly ever gets ruffled unlike Djokovic and so has a better grip on his game. He doesn’t let other factors disturb his mental equilibrium,” wrote Gavaskar for Sportstar.

Meanwhile, Nadal was at his best in the French Open. The Roland Garros is one of the most difficult slams to win and Nadal has dominated the tournament since 2005. The Little Master added that Nadal still has some fuel left in the tank and he can add a couple of more titles under his belt.

“It’s the hardest surface to play on. A player has to be incredibly fit to keep playing five-setters pretty much every day. Yet Rafa finds something extra that takes him to the title year after year. He still has a few years left and with his superb fitness he could win majors for the next couple of years too,” added Gavaskar.

On the other hand, Gavaskar likened the Big three – Roger Federer, Rafael Nadal and Novak Djokovic to Chennai Super Kings. CSK have been the most consistent team in the IPL as they have made it to the playoff stages on all the 10 occasions.

However, they could not qualify for the last four in the ongoing IPL. Similarly, Gavaskar added that the Big Three have consistently qualified for the semi-finals and finals of all the Grand slams.

“Chennai’s consistent performance over the years may bring forth comparison with the Big Three in the tennis world. Federer, Djokovic, and Nadal have featured in the semis if not the finals of virtually all the majors over the last 10 years or so. The ‘Big Three’ have been doing it quite easily despite a rash of young talent which seems to freeze in the big-ticket major events,” wrote Gavaskar.