Tata Maharashtra Open: Troicki to much to handle for Sumit Nagal, Gunneswaran Advances 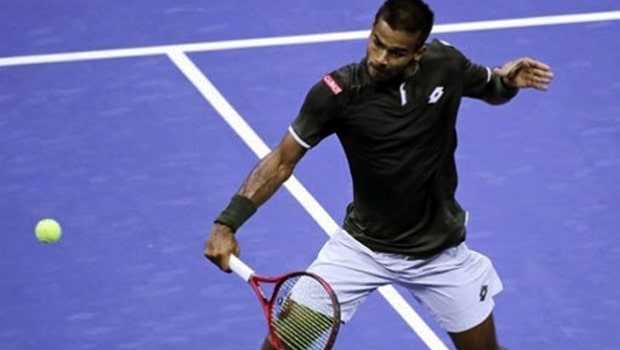 Top Indian tennis star, Sumit Nagal, has failed to progress beyond the opening round of the third edition of Tata Open Maharashtra at Mhalunge Balewadi Stadium.

Despite putting up a strong fight against top Serbian player,  Viktor Troicki, the top-rated player ended Nagal’s journey in the singles opening round match of the tournament.

Ramkumar Ramanathan also failed to progress beyond the first round of the tournament when he lost 3-6, 6-4, 7-5 against his Italian opponent Salvatore Caruso.

Recall that Nagal, who is India’s present number two, won a set against legendary Roger Federer during his debut Grand Slam match at 2019 US Open. Although he showed immense resistance after winning the first set before losing the game 2-6, 7-6 (7-4), 6-1 against the former World No. 12.

German player, Cedrik-Marcel Stebe started his campaign with an impressive  6-3, 6-4  to knock out the finalist of last edition, Ivo Karlovic.

Yuichi Sugita also progressed to the second round of South Asia’s only ATP Tour tournament at Mhalunge Balewadi Stadium here with a convincing 6-3, 6-0 win over Italian ace Thomas Fabbiano.

28-year-old Stebe looked to be back to his original form, having struggled with numerous injuries that forced him to skip almost all the action between September 2013 and March 2016 with a dominant performance against the former World No. 14, especially in the first set.

Although Karlovic, tried to gain some momentum with two points, the German was too strong for him as he wrapped up the set and the match.

Speaking after his win, the comeback player said his major priority remains to stay healthy and to avoid any major injury.

While noting that he started the game slowly, the 28-year-old said he wants to continue focusing on his game, which he did, and that kept him going.

In the doubles category, Italian pair of Paolo Lorenzi and StefanoTravagliathrashed Lithuania’s Ricardas Berankis and Russian Evgeny Donskoy 6-3, 6-4 in straight sets in the opening round match.

Another top Indian star, Prajnesh Gunneswaran, proceeded to the second round after defeating Yannick Maden 7-6, 7-6.