Home » Tennis » The best players were all at Olympics: Alexander Zverev 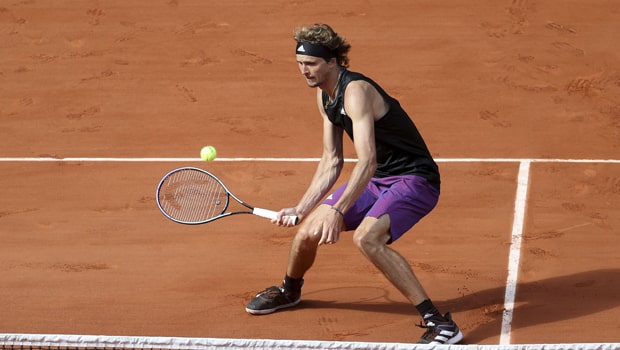 Olympic Gold medalist Alexander Zverev has defended the strength of the draw after he created history. The German stated that the best players were all at the Olympics and it was one of the toughest tournaments of the year. Four of the top 10 ranked players – Dominic Thiem, Matteo Berrettini, Roger Federer and Denis Shapovalov – didn’t play at the Games due to their respective reasons.

Zverev added that only one top player – Rafael Nadal wasn’t there in the Olympics but the Spaniard had also missed Wimbledon to give himself a break. The 24-year old German claimed the biggest crown of his career when he defeated Russian Olympic Committee player Karen Khachanov by 6-1, 6-3 in 79 minutes in the final of the sporting event.

However, there is no doubt that Zverev won the biggest match of the tournament when he defeated Novak Djokovic in three sets in the semifinal of the event. Djokovic was looking almost invincible but the German was able to crack the code of going past the Serbian.

“The best players have all come. The only one who did not come is the one who had not already come to Wimbledon – Rafa Nadal,” said the German in a press conference.

“Everyone else was there, everyone else played. It was one of the toughest tournaments of the season. Some players didn’t come, but a lot of players miss a lot of tournaments. The best were all there.”

On the other hand, Zverev added that the experts saw other players to be better than him but he was able to prove his mettle on the court.

“All the tennis experts and ex-players, they always saw other guys being better than me. I now have 16 tournament wins, four Masters 1000 wins, the ATP Finals, and a gold medal,” Zverev said in a press conference.

Zverev will now be seen in action in the US Open, in which he had finished as the runners-up in the previous edition of 2020.