The second coming of Sania Mirza 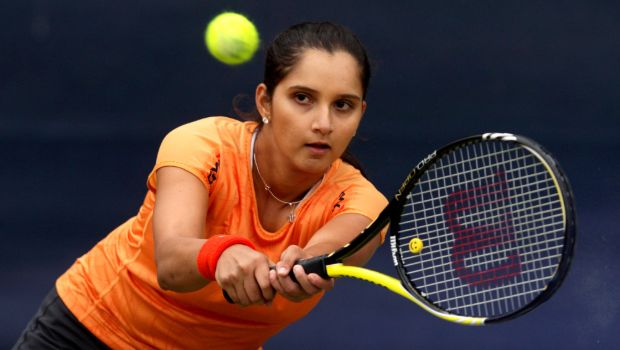 Sania Mirza makes her long-awaited Grand Slam return in the doubles category as she along with her partner Nadiia Kichenok prepare to take on Chinese duo Han Xinyun and Zhu Lin in their first round of Australian Open clash.

The Padma Shri, Padma Bhushan and Rajiv Gandhi Khel Ratna recipient made a successful return to the WTA circuit last week after she and Kichenok won the doubles category by beating another Chinese pair – Zhang Shuai and Peng Shuai – in the final of the Hobart Open. This latest triumph in her always burgeoning list of honours was Mirza’s first title after a two-year break.

It was, in fact, her first tournament back since giving birth to son Izhaan and it’s safe to say that she couldn’t have hoped for a better comeback. Interestingly, her last WTA doubles title came in Australia as well when she teamed up with close friend Bethanie Mattek-Sands in the 2017 Brisbane International Open. It was her 42nd WTA doubles title and is certain to act as a confidence boost for the 33-year-old heading into the Australian Open.

A former World No. 1 in women’s doubles and the most successful active doubles participant in the draw, she will eager to make an impact on the hard courts in Australia. Lest we forget, she’s a two-time Australian Open winner – once with Martina Hingis in the women’s doubles and then with Mahesh Bhupati in the mixed doubles category.
The Australian Open mixed doubles triumph in 2009 with Bhupati, of course, was the first Grand Slam title of her career. However, unlike 2009, Sania is no longer one of the up and coming faces in the circuit. Much to the contrary, she’s now a seasoned professional on her way back into fray following a two-year layoff.

That said, certain things remain the same as she looks to return to her best and re-establish herself as one of the leading charges in the WTA circuit. Any question marks that may have existed surrounding her desire, hunger and motivation to still complete at the highest level would have dissipated on the back of her triumphant return at Hobart less than a week ago.

As is the case with any elite level athlete, the doubters and naysayers will always have their knives out looking for any chinks in her armour. Sania, though, has never been one to be weighed down by criticism and has proven doubters wrong, time and again in the past. Her latest challenge isn’t just rediscovering her best form after a lengthy layoff, but also becoming part of a select group of players to win a Grand Slam having returned to the sport as a mother.

The legendary Margaret Court, Evonne Goolagong and most recently Kim Clijsters have all won a Grand Slam as mothers. Sania after her Hobart Open win dedicated the victory to her son and if that’s to serve as her motivation to succeed, the rest of the competition better brace themselves for some stern tests against her.

Whether or not she goes on to win the Australian Open remains to be seen but between now and the end of her career, you wouldn’t put it past her to win another Grand Slam and join the likes of Court, Goolagong and Clijsters as mothers who’ve lifted a title in what will be another feather on her colourful cap.