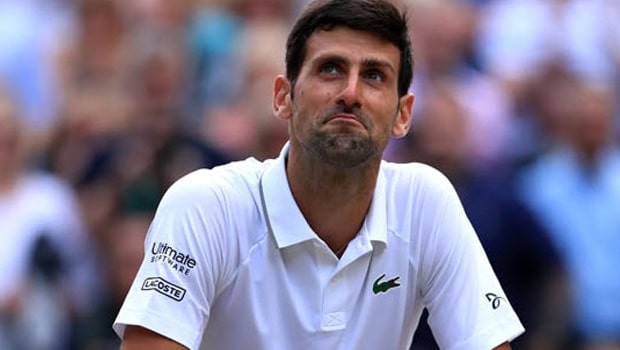 The Big Three have dominated the Tennis World in the last fifteen years. Roger Federer, Rafael Nadal, and Novak Djokovic have given a lot to the Tennis fans and they continue to amaze us with their consistency. They have brought the best among themselves and have always given a run for their money to each other.

Federer was at the top of the Tennis World back in 2006-07 when Rafael Nadal announced himself at the big stage and the Swiss maestro had to work harder. Similarly, Nadal and Federer were challenged by Novak Djokovic.

Novak recently claimed his 18th slam title after winning his ninth Australian Open title as defeated Russia’s Daniil Medvedev in straight sets. Furthermore, the Serbian also broke Roger Federer’s record of spending most weeks at the numero uno position in the ATP Rankings as he completed 311 weeks on Monday.

Novak admitted that the duo of Roger Federer and Rafael Nadal made him a better player as he had his work cut out against them and they pushed him to the limits to improve his game.

“I was probably not so happy and so grateful to be part of their era at the beginning of my career because they were winning against me so much that you know I was hoping that I could be in part of a different era. But today I stand and I can say that I’m definitely pleased to share the stage with them because they definitely made me the player I am,” Djokovic said in an interview with the Indian news outlet, NDTV.

Novak Djokovic and Rafael Nadal share a competitive rivalry between each other. Both the players have locked horns with each other on 56 occasions, in which the Serbian just edges past the Spaniard with 29 wins whereas Nadal has 27 victories.

Djokovic and Federer have played each other 50 times, out of which the Serbian has won on 27 occasions whereas the Swiss has won 23 matches.