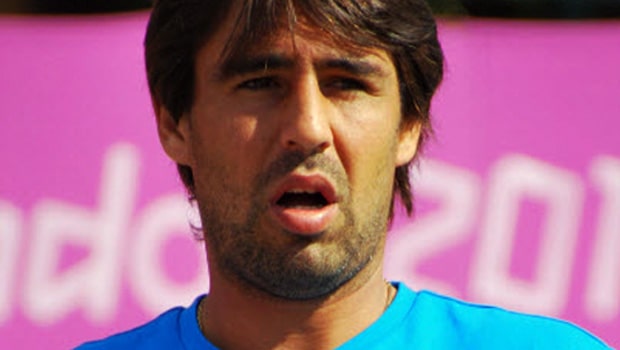 The Big Three of the Tennis world – Roger Federer, Rafael Nadal and Novak Djokovic have been an inspiration for all of us. The way these three have dominated the game over the years has been a story in itself. The Big three have always improved their game and they have mostly delivered the goods in all the conditions.

All of them have been consistent and they are still going strong after playing the sport for more than 15 years. Their hunger to keep coming with consistent performances is insatiable. Marcos Baghdatis, former Cypriot Tennis player, heaped praise on the triplet and stated that he takes life lessons from these legendary players.

Baghdatis was looking to open a Tennis academy with his wife at Limassol. However, the coronavirus pandemic went on to delay the plans. It has been a tough year for the whole world due to Covid-19.

Speaking to Cyprus mail, he said, “I want to remain positive, I think we can all learn from a difficult year such as this one.”

Baghdatis was all praise for Nadal, Djokovic and Federer and revealed that they are an inspiration for him on and off the court.

“Take for example the big three. People see them and think what they are doing is normal. But I assure you it’s not, if it was I would have done the same! What they have achieved is out of this world. And the reason they are still out there winning tournaments is because they never stop learning, they always find ways to improve themselves, even after almost two decades at the top,” he said.

On the other hand, Marcos Baghdatis was the runners-up of the 2006 Australian Open. He was also the semi finalist of the Wimbledon in the same year. He reached the career-best ranking of eight in the ATP in August 2006. However, his career was cut short by a series of injuries.

Meanwhile, Rafael Nadal recently won his 20th Grand Slam title by defeating Novak Djokovic. Roger Federer will get back to action in 2021.