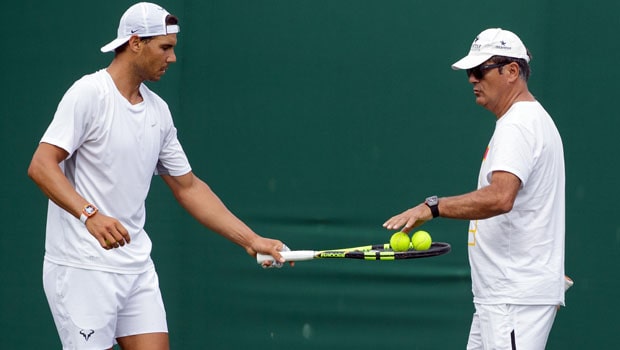 Toni Nadal played a key role in helping Rafael Nadal rise through the ranks. Uncle Toni taught the nitty-gritty of Tennis to his ward and Nadal is one of the best players in the world because of the support he received from his Uncle. However, there have rumours doing the rounds that Nadal decided to fire his Uncle.

Nadal has now cleared the air and revealed that his coach was tired of traveling and thus left the team. The Spaniard stated that he has never fired any of his team members and most of his team has remained the same since he was 15 years old.

“I have been having the same team since I was 15 years old. Uncle Toni left because he was tired of traveling,” said Nadal.

On the other hand, Nadal admitted that when things go wrong, he takes the blame on his shoulder and there are no excuses. Nadal suffered back issues during the Australian Open and lost in a thrilling five-set encounter against Greece’s Stefanos Tsitsipas in the quarter-final.

However, the Spanish took the defeat to his chin and added that he has no regrets and didn’t make any excuses because of his back trouble.

“I trust them [team members] a lot. When things go bad, it’s just my fault. You can’t find excuses,” added World No. 3.

Nadal has been a champion player for over the years and a lot of credit for his success at the top level goes to his team, which pushes him to the limits. After Toni Nadal decided to part ways with the Spaniard, Carlos Moya took over as Nadal’s head coach in 2016. Moya has helped Nadal in winning six slam titles and seven ATP 1000 titles

The lefty is not participating in the ongoing Miami Open 2021 and he is preparing for the European Clay season.