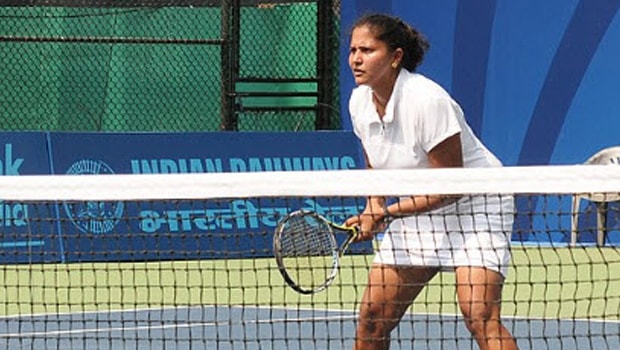 Former Indian tennis player Nirupama Sanjeev has criticized the 2020 US Open, USTA on their decision not to have qualifiers ahead of the event rescheduled for August.

The organizers have already listed their fears in compliance with the safety protocol required to host the qualifiers as actions resume after over three months of non-tennis activities due to the coronavirus pandemic.

According to the former Indian number 1, without a qualifier, it is a dispiriting exercise.

Nirupama, who is based in California, noted that the 128-player qualifying draw is a character-building, confidence-boosting outing that the sport had to deal with, especially on the bigger stages.

She was ranked around the 120-mark on the WTA charts for many parts of her career. But she reached her all-time 115 in the summer of 2001. Having made several attempts to reach the main draw of the slam, she usually stumble in the final hurdle.

The USTA also announced that the tournament scheduled for August 31 to September 13, will go ahead in a two-tournament bubble in New York. It also made some severe cuts to the player field.

Nirupama, who is now a coach in the United States, expressed her disappointment over the development. She suggested that the organizers could’ve played the 128-player qualifying draw for the men’s and women’s instead of the Western and Southern Open, a tournament that will precede the Slam.

According to her, the qualifiers would have maintained the balance of the tournament.

While applauding the USTA for going ahead with the tournament amid the pandemic, she noted that canceling it is the easiest thing to do, but pressing forward and trying to make it happen is a task.

Nirupama, who never made featured in the singles’ main draw of a major, has wins over top players like former world No. 22 Tathiana Garbin, Croat Mirjana Lucic-Baroni, and then world No. 24, Japan’s Mana Endo.