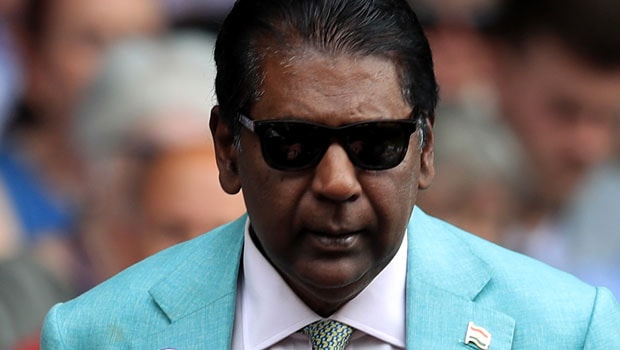 Former India tennis player Vijay Amritraj has said there are no enough non-profit organizations in the game as top players have been making big money from it.

Amritraj, who noted that such was the structure of the game and the governing body; the ATP and WTA Tours can’t help players struggling during the lockdown.

Describing the current situation as dark times, the former player pointed out that postponement of tournaments due to the COVID-19 pandemic has made the lower-ranked pros to be struggling.

Over 103,000 people have lost their lives to COVID-19, with over 1,500,000 people infected globally. This has led to lockdown orders and travel restrictions in many countries as the battle curtailing the dreaded virus. As a result of curfews and lockdown, about one thousand tournaments across all platforms, ranging from age-group events to the senior pros, have been canceled or postponed.

While noting that it’s not only tennis or its stakeholders that are affected, the world at large has been ravaged by the virus. According to him, tennis, which is an individual sport, demands a lot from its pros as they have to pay their backroom staff as well.

Amritraj pointed out that the ATP and WTA need to address what he described as an inequitable distribution of prize money, which he is not hoping would be addressed because the top players run the show.

The winning prize distribution arrangement has long been criticized. It could be recalled that the coach of Serena Williams, Patrick Mouratoglou recently in an open letter on Twitter, questioned the financial stability of the 100th-ranked player of the sport in the world.

While describing the whole situation as revolting in the letter, Mouratoglou pointed out that the top 100 players in tennis are barely able to make a living out of it.

The Frenchman also stated that professional tennis is operating under a “dysfunctional” system.

In his interview with TOI from Los Angeles, Amritraj said top players like Novak Djokovic,  Roger Federer, Rafael Nadal, and  Serena Williams are the rockstar of the popular sport, adding that outside that there may be six others who sell the game.

While also noting that the big prize radiates around players ranked between 10 and 50, he acknowledged the quality of play of the players, but he is unsure if they sell the sport.